Dream beaches, mangrove swamps and the battle of the manglars 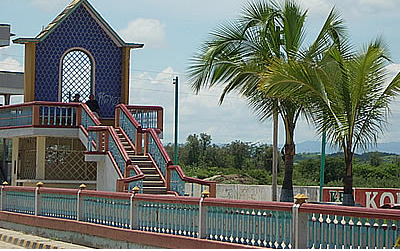 In the north of Peru, just 10 km away from the border with Ecuador, lies Tumbes with just under 110,000 inhabitants. After the dry deserts, Tumbes and its surroundings are a veritable explosion of diverse landscapes: from beautiful sandy beaches to swampy mangroves to lush rainforests, variety is a top priority.

But strangely, Tumbes is not so much a tourist attraction as the “gateway to the sights”. Through its airport, which is mainly served by Lima, Tumbes has a reputation as a “stopover on the way to more exciting places” – wrongly, because the town holds a lot for visitors in petto.

Exciting story in the fight for Peru

The soil around Tumbes already has an exciting and sometimes very bloody and turbulent past behind it. Even before the establishment and expansion of the Inca Empire, a town called Tumpis lived here, and for weddings with more than 170,000 tribal members! But even after taking control of the Incas, Tumbes was an important fort for the empire, especially politically.
Under the influence of Inca Emperor Huayna Capac, the importance of Tumbes has expanded and much has been invested in the construction of new buildings and streets.

But everything was about to change, like so many times in the history of South America, when the Spanish conquistador Francisco Pizarro set foot in Tumbes. His first visit to the city took place in 1528, but only four years later he was going to invade his men to conquer Tumbes in the battle for the Manglars. It is said that Pizarro had established a great cross as a sign of his victory.

In 1740, Tumbes declared his independence from Spain and officially wanted to join Peru, although it should take until 1998, the eternal dispute over the affiliation between Peru and Ecuador should finally be resolved.

Tumbes downtown is vibrant, colorful and vibrant. All sights are relatively close together and can be explored on foot. All in all, you should plan for a tour of Tumbes a time frame of about four hours, in which you are heading to the sights.
The Plaza Prinzipal, the main square in the city center, is a good starting point for a stroll through Tumbes. In its center stands a concert shell, which not only serves as a stage for numerous performances by local musicians, but also represents an extremely popular motif with its ornate mosaics. The mosaics show the arrival of the Spaniards, the fight of chief Chilimasas with his men against Pizarro and of course the breathtaking nature of the region.

Malecón III Milenio is a long-drawn building on the right bank of the river designed to prevent flooding during the rainy season. But if the weather is nice and the water is calm, from here you have a uniquely beautiful view over the entire Tumbes valley with the leisurely flowing water.

In the footsteps of Jesus, it is in the Paseo Jerusalen: in the pedestrian zone there are mosaics that imitate the life and work of Christ. The main attraction is an imposing statue of Jesus in the middle of the square.

Sightseeing outside the city

The Cabeza de Vaca is an archaeological site just 10 minutes’ drive outside Tumbes. Here are numerous stone buildings that came from the time before the Incas and hid a variety of bones, artistically crafted pottery and tools in itself. The namesake Cabeza de Vaca is a truncated pyramid, which has a footprint of at least 250 m x 100 m.

If you prefer the beach, go to Playa i Manglares de Puerto Pizarro. The picturesque fishing bay is not only the starting point for tours in the deep mangrove forests, but also for boat trips to the best beaches in the area: the islands of Hueso de Ballena (the whale bones) and “Amor” have a sparkling white beach and azure, clear water.

The Santuario Nacional de los Manglares de Tumbes is about 30 km away and is less than an hour’s drive from Tumbes. The nature reserve is home to a colorful and varied wildlife – however, you may visit the area only with an official permit (which, however, when you book a tour in the reserve, is usually obtained automatically by the organizer).

Tips for traveling to Tumbes

Tumbes has its own small airport, which is served from Lima. The flight lasts 1 hour and 40 minutes. If you prefer to travel by car, with both beautiful mountain panoramas and meandering coastal roads, you can expect a bus ride of about 20 hours and 1,270 km.

And of course, accommodation is also provided. The „Hotel B’liam“

for example, is located in close proximity to the main square and the shops and offers free Wi-Fi, flat-screen TV and room service – and at a price of just under 50, – € the night.

If you prefer to stay right on the beach, we recommend the Hotel Royal Decameron Punta Sal. 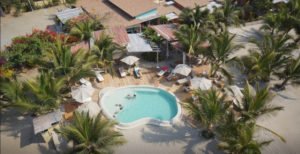 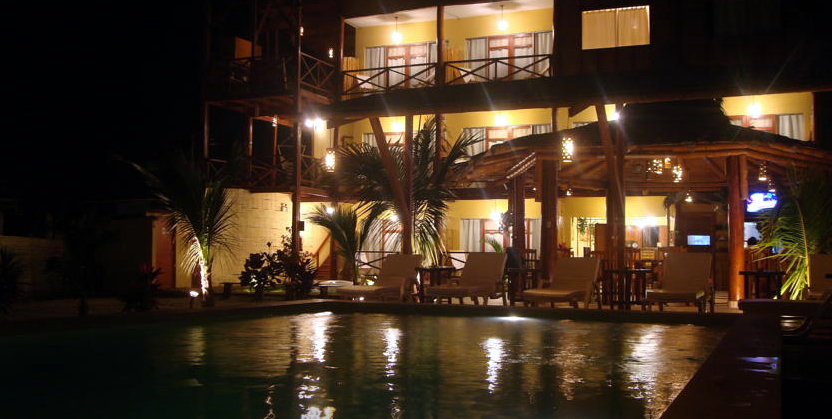 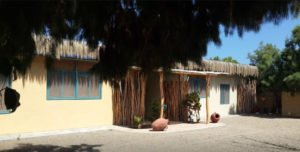 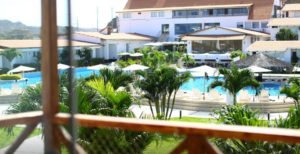 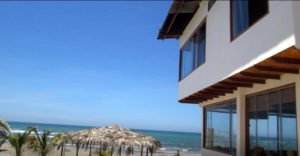 Tumbes is located about 600 km below the equator. The weather in Tumbes and the surrounding area is pleasant all year round and a really pronounced rainy season is rare here. The maximum temperatures are just over 30 ° Celsius, but on average at about 27 ° Celsius.