Magnificent buildings from the colonial period, a pleasant climate, festivals, culture and music – Trujillo is the secret cultural capital of the country and probably the most important in the north. No other city has produced so many artists, poets and thinkers we Trujillo and you can feel with every step through the colorful and happy-loud streets.

And the surrounding area also holds plenty of places to visit: from the archaeological site Chan Chan to the “Moche Huaca del Sol y la Luna” (Temple of the Sun and the Moon) to the surf-rich beaches of Huanchaco, popular with surfers, for A visit to Trujillo should bring a little time, because there is plenty to discover.

Named for the birthplace of Pizarro

In the region around Trujillo and La Libertad today I used to live the Mochica and the Chimú, as you can see today in the preserved monuments. But with the incursion of the Incas, the area was incorporated and subordinated to the kingdom, at least until Francisco Pizarro appeared on the scene. Trujillo was officially founded in 1535, named after the birthplace of the Spanish conquistador. The city was particularly popular among Spanish nobles because of the temperate climate, so dozens were established here.

But Trujillo was also for a time the home of Simón Bolívar, the national hero and Peruvian independence, so in 1820 independence was proclaimed here.
The area around the capital of the region of La Libertad has quickly become an agricultural entity due to the excellent weather conditions and so ingenious irrigation system that is still used today. Mainly corn and grain were (and will be) grown here, but mangoes, avocados or peppers are also found in abundance.

In 2010, the “Sustainable City” project started in Trujillo, which initially focused only on climate sustainability, but now also includes the protection of the environment and an increase in quality of life. In 2012 another project was launched, “Smart City”, which deals with the development and improvement of public transport and safety.

A walk through Trujillo

Almost every city (and every village) in northern Peru has its own Plaza de Armas, the main plaza. Of course, there is a memorial, which is to remember the independence won, and it is rumored that originally it should come from Germany.

Around the square you will also find the magnificent buildings from the time of Spanish colonization. A special feature of the houses are the heavy wrought iron bars and the picturesque balconies. But you can only really breathe inside the houses (for example, Casa Ganoza), which is decorated with ornaments everywhere.

If you like something early in the evening, you can stroll along Paseo de Aguas Boulevard, which is near the University of Cesar Vallejo. The main attraction, apart from the happy people who come here, is the tunnel of desires. Actually, it is not so much a tunnel as a characteristic of water, which is poured into high arches, in different colors.

Every year, in the last week of January, the International Festival of Marinera takes place, in which couples from all over the country compete in different disciplines. The festival includes musical parades, festivities and, of course, masses of street food, which you can try on every corner.

An excursion to Chan Chan and Huanchaco

To the west of Trujillo is the ancient capital of the Chimu Empire, one of the most important historical and archaeological sites in the world. It extended more than 28 km², divided into nine districts, the city, which was built of pure clay. Since 1986, the site has been declared a World Heritage Site by UNESCO, but there are always struggles against the destruction caused by the increase of groundwater and illegal inhabitants. Chan Chan has not revealed all of its secrets, and for the moment only one part, the Tschudi area, is open to tourists. There are numerous daily buses from Trujillo to the archaeological site and, of course, back.

About twelve kilometers northwest of Trujillo is Huanchaco, one of the best surf sports in Peru. In the historic old town you will find some of the best seafood restaurants in the whole country and, although the village has become a true tourist magnet, you can still feel the original charm here. And also, those who do not want to swing on the table can take a dip in the pleasantly warm water and let the soul hang under the palm trees.

You can spend the night, for example, at the Hotel Libertador Trujillo, which is located directly on the Plaza de Armas. Therefore, it has almost all attractions within walking distance, and there is also a swimming pool, wireless Internet, room service and a bus service. The night costs depending on the season between 70 – 140, – Euro – although it is not necessarily cheap by Peruvian standards, but it is worth every penny. 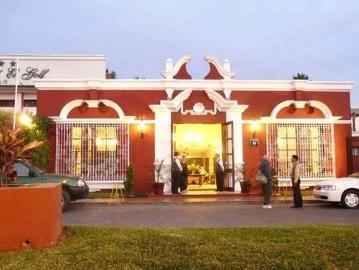 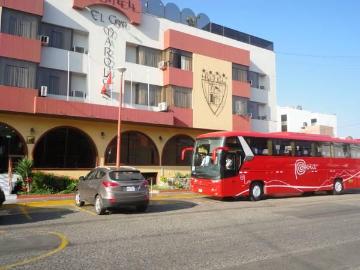 Trujillo is located about 830 kilometers from the capital of Peru, Lima, and has its own airport about ten kilometers from the center. There are three daily connections between the cities, the flight lasts just over an hour. If you prefer to travel by bus to see part of the country, there are six daily connections, five of them during the night. The trip takes approximately 9 hours.