Time travel through the history of Peru 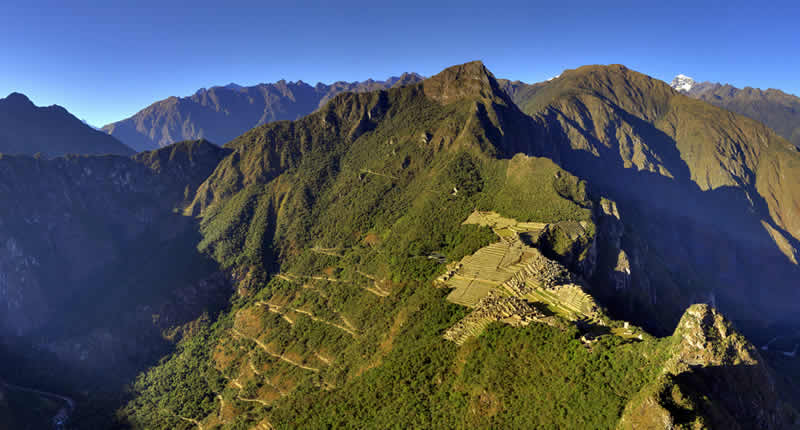 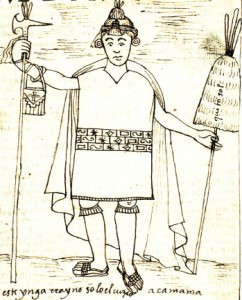 On the continent of South America, right next to the lively Brazil, is Peru. A fascinating land full of history and scenic beauty. In the following lines, we immerse ourselves in the Peruvian past together and take a closer look at some politicians who had their fingers in the history of Peru.

The cave paintings in the region around the city of Ayacucho and the Lauricocha Caves show that around 20,000 to 10,000 BC the first inhabitants emigrated. After long walks through the then dry Bering Strait, these settlers arrived in the American continent and took Peru today.

The oldest city in the American continent is Caral, which is about 700 km from Ayacucho. During the excavations, houses were found for about 3,000 people, amphitheatres and temples. Even trade with the coastal and Amazonian areas can be verified today. With all this knowledge and a little imagination, you can imagine how the life of the first inhabitants came to life.

Peru: a land of culinary and cultural diversity since the beginning

Our journey through time begins around 12,000 BC The archaeological finds prove that our ancestors lived in the area of ​​present-day Peru at this time. At first, they were simple hunter-gatherers without a permanent home. The gradually developing agriculture and eventually added cattle eventually led to a sedentary lifestyle.

The agriculture of the time already threw all the delicacies for which Peruvian cuisine is still known today, such as corn, peanuts, cassava and pumpkins. It can also be shown that the farmers of that time already knew the technique of artificial irrigation, which probably facilitated many things and allowed a constant development of civilization.

Until about 1534 AD, innumerable towns with their own customs, mythologies and ways of life arose. The “Moche”, the “Luz”, the “Wari” and probably the most famous Peruvian people, the “Inca”, are just some of the cultural communities that had their birth. However, an overview of these diverse cultures has won more than a few lines. Therefore, we look at this chapter of Peruvian history separately and dive into this place more in Peru’s past.

Francisco Pizarro and the colonial era 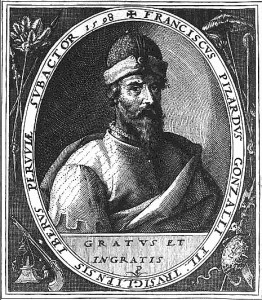 Let’s take a small step back in time, to a dark and formative chapter in Peruvian history: the conquest of the Spanish. Under the leadership of Francisco Pizarro, these colonial powers, coming from the other side of the ocean, conquered the then empire of the Incas and the current Peru, and without taking into account the casualties.

In 1532, the Inca ruler Atahualpa was captured by the Spanish conquistadors. For their release, the Spaniards demand a room full of gold and silver. The subjects of the king accept their part of the agreement. Literally they overwhelm the invaders with valuable precious metals, which at that time had no material value for the Peruvians, but were loaded with symbolic meaning. But, instead of giving freedom to Atahualpa, Pizarro executes it on August 29, 1533. This great betrayal announced the beginning of Spanish rule throughout Peru.

After consolidating his desire to expand, Pizzaro moves from the Peruvian coast to Cuzco, the capital of the day. This is given to him and his comrade Diego de Almagro el Viejo by a people in a state of shock without much resistance. The Spanish crown finally conquered the entire empire of the Incas in this way. It was not until 1535 when the attempt of Cuzco resumed, that it failed, however, and provoked an almost total destruction of the city by the Spaniards.

Pizzaro founded on January 18, 1535 the current capital, Lima. After several confrontations with his comrade Almagro, Pizarro also executed him in 1538. As a consequence of the last consequence of this murder, on June 26, 1541 he was in his own palace in Lima with a violent death. The history of Peru is, like so many stories of countries in this world, full of power struggles.

The Viceroyalty of Peru

In 1542 the Spaniards proclaimed the viceroyalty of Peru and designated Lima as the capital. Initially it spread like the previous Inca empire over the current countries of Ecuador, Colombia, Venezuela and Bolivia. Chile, Argentina and Paraguay were among them. The last Inca king named Tupac Amaru was defeated in 1572 and later executed.

Until the eighteenth century, the then viceroyalty of Peru ruled almost all of South America. The last indigenous Indians had been almost completely exterminated or enslaved by then. The new capital, Lima, gradually became the most important commercial port behind Europe. This was due to the high incidence, not only of silver, but also of increasingly popular mercury.

Also in the context of the gradual exhaustion of deposits of precious metals, the new Spanish viceroyalty was founded in the eighteenth century. It all started with Neugranada, which was founded in 1717 and originated today in Ecuador, Colombia, Panama and Venezuela. 1776 was the second viceregal kingdom called La Plata, which extended over the current countries Uruguay, northern Argentina, Bolivia and Paraguay.

Shortly after this second foundation, the first great uprising occurred in 1780. The Peruvian people resisted the Spanish colonial rulers and landowners. The peasants and indigenous inhabitants demanded again more rights within and in their own country.

The uprising was led by José Gabriel Condorcanqui, also known as José Gabriel Tupaq Amaru. Although this revolt in particular was crushed. But it was the first great resistance movement, the prelude to many more throughout South America. In 1824, Spaniards were finally expelled from Peru today, among other things because Chile and Argentina, until then independent, had a great interest in a free neighbor state.

A year later followed the declaration of independence of Peru and Bolivia. In 1845, the internal political situation stabilized. Slavery was finally abolished by the then head of state, General Ramón Castilla. As a replacement for the slaves now disappeared, 100,000 Asians were brought as workers to Peru.

In addition, the general also expanded the trade in guano and nitrate fertilizers. The economic situation in the country stabilized more and more. Today, Castilla is considered the true founder of Peru. Although the Spanish made in 1864 and 1897 renewed attempts to regain power in the country again. But they were not successful. Much more fatal was the so-called “saltpeter war”, which took place between 1879 and 1883 in the country. In its wake, Peru lost the resource-rich provinces of Arica and Tarapacá to Chile. The province of Tacna remained in Chilean hands until 1929. The resulting bad economic situation in the country meant that more and more Peruvian companies and companies were acquired by American and British investors.

From the 20th century to the present

At the beginning of the 20th century, there was also a revival of the Peruvian economy. The Peruvians owed this mainly to their copper deposits and to the rubber, sugar and cotton trade, which achieved increasingly better prices on the world market.

The political climate, however, was unstable. Until the beginning of the 20th century, the indigenous, illiterate population and women were excluded from the suffrage. It was not until 1919, with the election of Ausgusto B. Leguia, that for the first time he became a Peruvian president of middle class. However, until the 1950s, elected governments alternated with military dictators again and again. The peace treaty concluded in 1941 between Peru and Ecuador led Ecuador to have to deliver part of its territory to Peru. This led to some disputes between the two countries.

The aftermath of World War II did not stop in Peru. The country needed capital to reactivate its weakened economy. But the new beginning was successful, mainly by foreign investors increasingly interested. Governments continued to advance in rapid succession, sometimes due to competing claims of power, sometimes due to social imbalances.

Among the various governments was founded in 1927 in Paris APRA (American Popular Revolutionary Alliance). APRA was a socialist social justice movement. Its first president, Haya de la Torre, won the elections in 1931. Soon after, however, the party was banned and the president was imprisoned for 15 months. Only in 1945, the APRA was legalized again, and again in 1956 to be banned.

In 1933, a democratic constitution was introduced in Peru. This also made it possible to hold free elections for the first time in the history of the country. These took place in 1963 and many in favor of the left Fernando Belaunde Terry. He also introduced measures such as the privatization of industrial companies and the opening of the Peruvian market.

When the communist terrorist attacks in the country increased in the early eighties, the head of state had to impose a state of emergency on the country in May 1983.
After all the conceivable ups and downs, the APRA came to power under the presidency of Alan García in 1985. However, the first presidency of Alan García was not a lucky star. It was characterized by the politics of debt, inflation, riots and guerrilla fights, the latter mainly due to the “bright road”, which is still considered in the European Union as a terrorist group. After only five years, Garcia’s first presidency ended in 1990 with the economic decline of Peru.

A country with strong political will

Let’s continue our little journey through time in the current century. In May 2008, Peru partnered with eleven other independent states in South America and founded the Union of South American Nations, called “Unasur.” Here, they took the European Union as a model.

This important foundation was followed by a far-reaching political agreement when Peru signed a free trade agreement with the EU in 2010. In 2009, a year earlier, a law on the wider use of natural resources had been passed. These changes towards accelerated economic growth and exploitation required significant protests and a state of emergency in several regions of the northeast of the country. The condition lasted two whole months. As bloody clashes were added, the government withdrew the controversial laws.

Today, half a decade later, the government of Peru is in the hands of the leftist national politician Ollanta Humala, who was elected president in 2011.

Now we have made a brief foray into the history of Peru. But this country has much more to offer than its own history. Let us convince you on our next trip to this country, also known as the legendary Inca Empire.