The Sechin complex – who thought the Egyptian pyramids were old? 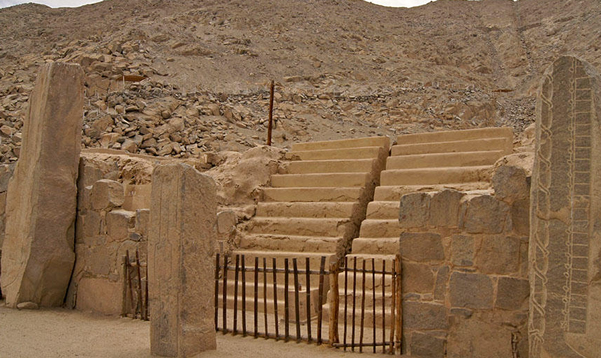 Listening to the word “pyramid”, Imagination instantly brings you to ancient Egypt, Cleopatra and the Pharaohs and the Valley of the Kings. The Egyptians were still at the beginning, as Peru already had the impressive Sechin complex. Previously, the place of worship Caral in Peru as the oldest city in South America, this opinion had to be revoked after investigation by Sechin: These were built sometime between 3,200 – 3,400 BC and thus claim this title.

The complex includes three main sites of great importance, Cerro Sechin, Sechin Bajo, Taukachi-Konkan and Sechin Alto. They all bear witness to a long-gone culture that has done amazing things here thousands of years ago. Only 15 miles off the coast, the sites of the Sechin Complex tell a story of pride, craftsmanship, and astonishingly brutal insights into the life of the Sechin over the images carved in stone.

The Casma Valley – lifeline between desert and mountains

Formally surrounded between the ocean and the Andes lies the Casma Valley in the Ancash region, in northern Peru. Almost 300 kilometers from the Peruvian capital, Lima, there are optimal conditions for settlements: on the one hand, land rich in fish from the sea, on the other, fertile mountain plains and tropical lowlands.

The perfect conditions for the inhabitants of this region and therefore not surprising that it was here in the third and second century BC. Chr. It came to a population explosion. The remains of more than 50 monolithic buildings can still be found in the Casma Valley, which may look like clay hills for the inexperienced eye, but they are of immense importance to archaeologists.

Sechin Alto – the largest site in the valley

When we say “monumental” and “enormous”, that’s the way things are. The archaeological site, collectively known as Sechin Alto, covers an area of more than 200 hectares along the left bank of the Sechin River, making it the largest complex in the complex.

It should at some time in the period between 1800 – 900 BC. Built in the 3rd century BC and consists of numerous monuments. The largest monument only has a footprint of 300 by 250 meters. Five plazas around the main hill extend just under 1.5 kilometers. To date, only the main monument has been studied in detail, a large part of the buildings has not yet been explored.

Sechin Bajo – one of the oldest sites in the world

Sechin Bajo is another collection of remnants of the Sechin culture, which caused quite a stir in 2008, when Peruvian and German archaeologists found a much older ceremonial complex between the approximately 3,600-year-old monuments.

The system, which is circular in shape and about 14 meters in diameter, found some trophies and reliefs depicting a warrior – more than 5,500 years old after carbon measurements.

So that would not be, as previously believed the excavation site Caral the oldest in Peru, but Sechin Bajo and also she is also the oldest in the two Americas, of which one knows.

Sechin Bajo covers an area of about 30 hectares on the northern edge of the Rio Casma Valley.

Cerro Sechin and the wall of horror

If you want to get a deep insight into a seemingly brutal and bloodthirsty culture, you should not miss the archaeological site of Cerro Sechin. Because here you will find about 400 bas-reliefs that are supposed to depict scenes from that time – and they are not for the faint-hearted!

Bloodthirsty warrior priests with their weapons, beheaded victims, torn body parts and intestines, even if the reliefs are quite clear, archaeologists doubt their importance. Is this a memorial to a gloriously won battle? Or a reminder of a bloody rebellion under the Sechin? Human sacrifice for the gods? There is even the theory that all of the pictured body parts and organs should have been used for the study of the human body – but how do the ax-wielding warriors adapt?

In any case, the reliefs are impressive, no matter what you would like to interpret. One thing is clear: the Sechin were not defenseless, peaceful peoples, but dynamic fighters.

Where can I stay?

In Casma there are some small but fine hotels for the night. One of them is for example the El Farol Inn, which has an outdoor pool and a small restaurant where you can fortify yourself after the trip to the Sechin complex.

And while you’re here, you should not miss the opportunity to attach a trip to the sea, because that’s almost “around the corner”! 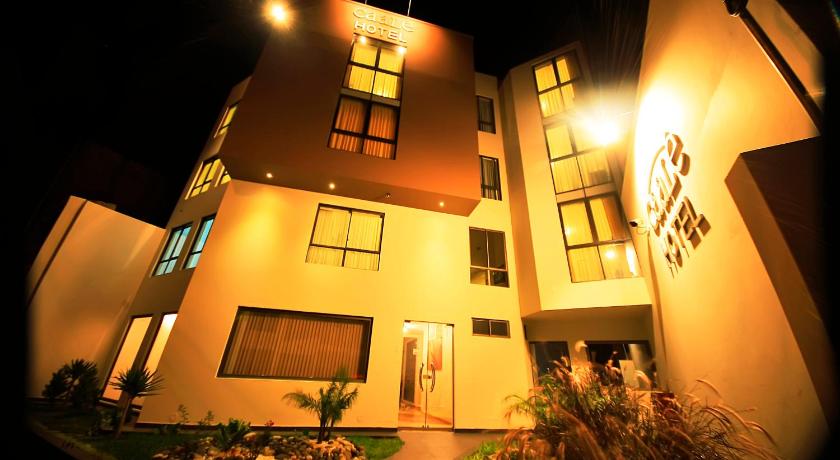 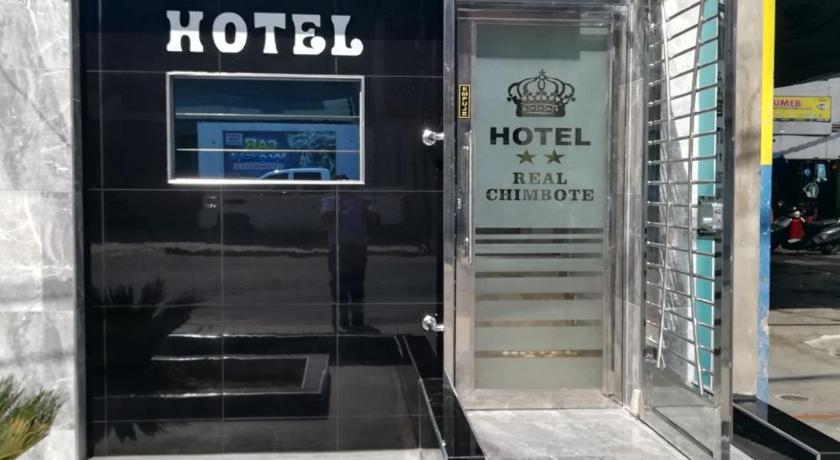 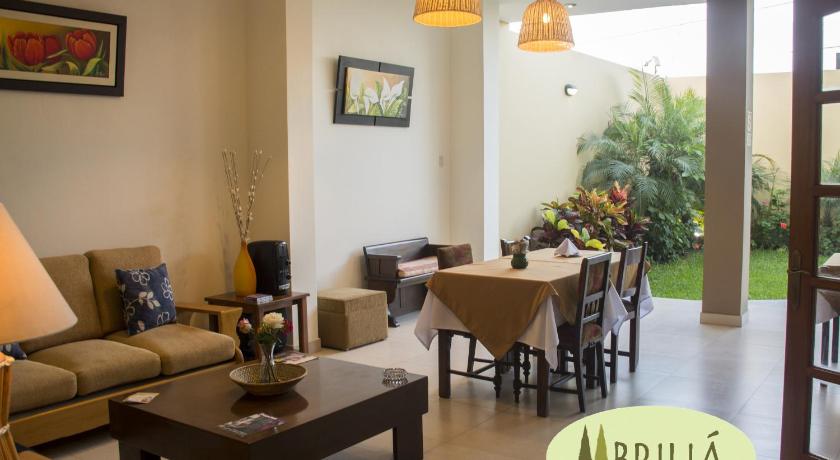 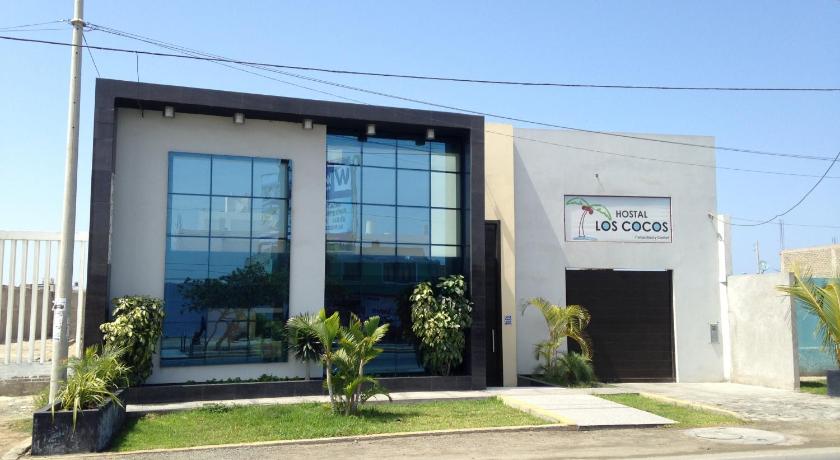 The Sechin Complex begins just one kilometer from one of the world’s most famous roads, the Panamericana, which runs through both Americas from south to north. The nearest major city is Casma, the sleepy capital of the province, just 270 km north of Lima. From the Peruvian capital, Lima, there are daily buses to Casma, most of which depart at around 10.30 pm and reach the archaeological site in the early morning hours. (Price about 15 euros). Alternatively, start your visit from Chimbote, 60 km away, where you can spend a few days on the beach. 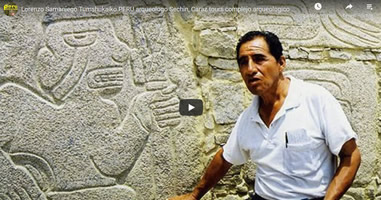 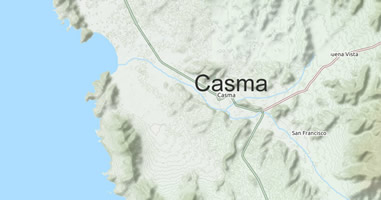