A visit to the Valley of the Condors

In southern Peru, near the town, Chivay is the Colca Canyon, after all, the second deepest gorge in Peru and almost twice as deep as the American Grand Canyon. Here, the Colca River made its way through the mountains for millions of years, forming an impressive landscape.

In the upper areas you can find the typical terrace of Peru, which is still used by the inhabitants of the Colca Valley for agriculture. But the main attraction in the Colca Canyon is undoubtedly the flying inhabitants: the Andean condors, the largest flying birds in the world, roam the valley for hours, thanks to the thermal conditions, attracting thousands of visitors.

The cross of the condor

The Colca Canyon is home to the majestic Andean condors. This species of bird in danger is up to 40 years of age and its males can reach a wingspan of more than 3 meters. The male representatives have black plumage with white and silver feathers on the top and white collar. The ladies are more delicate and only black, while the young birds, who live with their parents until they are two years old and learn all the tricks to fly, are brown.

Due to the special winds that prevail in the Colca Valley, the condors here find the perfect conditions to be carried effortlessly through the air. So the animals can travel several hundred kilometers per day and even fly to the coast more than 300 km away! But if the conditions are right, on sunny and dry days, the Andean condors appear around 8:00 a.m. in the “Cruz del Cóndor” and cross the valley for approximately two hours. The observation platforms are approximately halfway to the canyon and are about 40 km from Chivay.

On the cross of the condor, there are several platforms from which you can see the birds and, of course, take pictures. If the Andean condors are slowly circling over the canyon, you have the opportunity to take excellent photographs of the birds even without professional camera equipment. Usually, there are 10 to 15 animals, if you are lucky, there may be more with young animals.

Attention, in the cross of the condor can be quite windy. This is ideal for seeing condors, but it can be relatively good. Therefore, it is advisable to have a light jacket in your backpack.

Trekking in the Colca Valley

At 10.00 o’clock, the updrafts slow down and the condors deform. But there is more to see in the Colca Canyon. About 14 km from the Cruz del Cóndor, Canaconde is a small place that is an ideal base for hiking in the canyon. Although Chivay adjusted pretty well to tourists, it is still much quieter and “unromantic” here.

Of course, the Colca Canyon is not only the home of condors, but also of many other animals, including giant hummingbirds, Andean geese, foxes, vizcachas (relatives of chinchillas), game animals and vicuñas, ancestors of the alpacas Of course, there is also in the canyon, as well as flames.

Trips to the hot springs, some of which are in the Colca Valley, are also popular. The best known are located on the outskirts of Chivay, some are hidden in the depths of the gorge, rest and relaxation after the walk are guaranteed.

And then, of course, there are the numerous caves with cave paintings and remains of past cultures, such as the Mollepunko Caves on Callalli. The paintings, which are said to be more than 6,000 years old, show, among other things, the domestication of alpacas in the region. But the Fortress of Chimpa, a citadel on Madrigal, the mummy of Paraqra or other pre-Hispanic settlements invite to make excursions.

If you want to see the condors circle, the best time is from May to November. Then it’s dry and the thermal conditions are perfect for extended flights. Incidentally, on days when it rains, the condors do not fly.

If you also want to go on a trekking tour through the Cañón del Colca, the best time is between April and June. Please note that in the evening the temperatures can go down as soon as the sun goes down.

It is a good idea to spend the night in Chivay for a visit to Colca Canyon. There you will find both upscale hotels and simple hostels for backpackers. 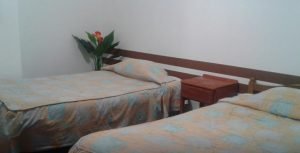 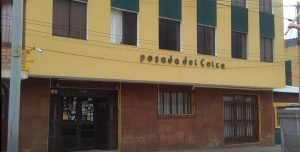 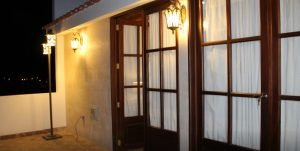 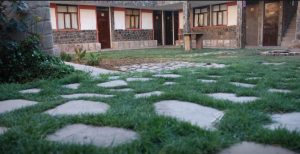 The Colca Valley is approximately 100 km from Arequipa and 40 km from Chivay. There are numerous tour operators who offer tours to the Condor’s Cross. This usually includes an overnight stay in Chivay and a visit to the viewing platforms. But there are also tours that take you through the canyon for several days.

If you want to explore Colca Canyon on your own, there are buses and private minivans you can book from both Arequipa and Chivay. Keep in mind that although the track may seem short, Chivay still takes you two hours to reach the Cruz del Condor, especially if you want to take some breaks to take pictures.