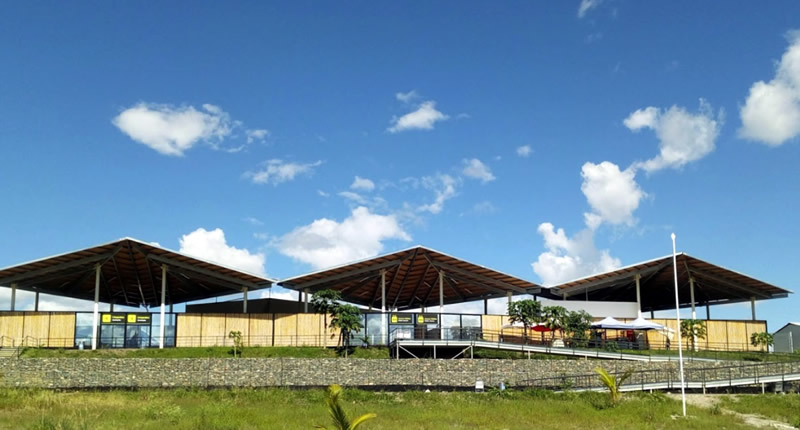 The airport Shumba in Jaén

Flights from Lima in Peru’s northwest

There are 22 airports in Peru that cater to tourists within the country. One of them is the Jaén airport. It is located about 20 kilometers from Jaén, a town located in the province of the same name in the region of Cajamarca.

The region to the southwest of the country is remote and mountainous, the transport options are mainly buses that travel relatively a lot due to the small roads. For this reason, the airport is so important for the people of the province, it strengthens the economy and allows the locals to move from one place to another faster, for example to the capital, Lima.

He also plays an important role in tourism. He clearly facilitates travel to the Amazon region, which is located next to Jaén. The possible destinations include the city of Chachapoyas, the Gocta Falls, at 771 meters one of the highest in the world, the ruins of Kuélap, an ancient city of the Chachapoyas culture, which from time to time called “Machu Picchu del Norte” for its spiritual meaning or the town of Carajía, where you can find a cemetery of the Chachapoyas.

Do not be surprised that the airport is so small. It is not used frequently, since Jaén two flights begin daily to Lima with the airline LATAM. The airline is one of the most reliable in Peru. You can also get to Cajamarca and Chiclayo by plane from Jaén. In addition, small airports have a decisive advantage: the authorization does not take so long and the routes to be covered are short.

History of the Jaén airport

Jaén Airport, also known as Shumba Airport due to its proximity to the city of Shumba, is relatively young in its current function. After the small airport was opened in 1995 and used by the military and years of miserable existence, in 2011 it was decided to expand it. The conversion cost 10 million soles, created a passenger terminal, a control tower, the area was fenced, access roads improved. In 2016, the moment arrived: the first passenger plane to fly directly to Lima was able to take off. Visually, the airport is something very special. Bamboo walls and steel structures give it an original and modern look. He fits very well in the landscape. The waiting areas are spacious and bright.

Transportation from the airport to Jaén

The airport is about 20 kilometers from Jaén. The best way to get to the city is by taxi or minibus. However, the attractions of the area are not in Jaén. For example, if you want to travel to and from Chachapoyas, the best way to get there is by bus, it costs around 50 soles and it takes three and a half hours. 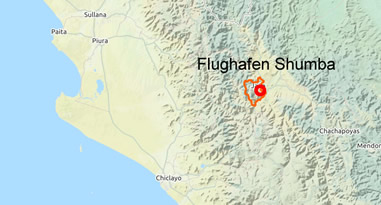