A journey into the heart of the Peruvian jungle

Satipo is a province in the Junín region. It lies in the jungle, on the side of the Andes facing away from the sea. The capital of Satipo is the city of the same name. The region got its name from the river Satipo, which flows into the Amazonas Due to its remote location, Satipo was undiscovered for a long time. The Asháninka people lived there undisturbed for over 3000 years until the first Spanish settlers arrived in the 19th century. The Asháninka have remained, they still live, as far as possible, according to their traditions and mainly cultivate in the rainforest. Satipo is not a known area, and even less known is probably a fact: the the world’s best coffee is said to come from Satipo – at least it is the most expensive coffee in the world. The special feature of this coffee is its “supplier”, the South American coatis. This eats the raw coffee cherry and excretes the seeds. They are collected, cleaned and processed. The result is coffee of the most exquisite taste. Moreover, this coffee is extremely rare. While in other countries millions of tons are produced, in Satipo it is just 800 kilograms per year!

Sights of the region

The region offers great scenic attractions in addition to small towns and the city of Satipo. The jungle is crossed by watercourses that form waterfalls and basins. The city of Satipo is the ecological capital of the region, or the central Selva (the Selva is the primeval forest area of Peru). The main square, the Plaza Principal, clearly shows this: on the geometrically arranged, friendly square there is a monument to the city’s founders, which comes from the artist Pilar de Sáenz, as well as a sculpture from a tree and a bust of brother Rafael Gastelua, the Franciscan brother and missionary.

What you need to see

Not far from Satipo is the monastery of Puerto Ocopa. It was founded at the end of the 19th century by the Jesuits, today it belongs to the Franciscan Order. The brick facades of the buildings are striking. The church welcomes visitors with a bright interior in blue and white. But nature always attracts. The river is one of the attractions of the province. Along the river there is a natural basin near the municipality of Betania. Nature has done a lot of work here. The basin is 20 metres long, six metres wide and four metres deep. The clear water is perfect for swimming. Further upstream there are natural showers in the form of small waterfalls. But that’s not all. 34 kilometres south of Satipo is the Tsomontonari waterfall. Between 30 and 70 meters the water rushes into the depth, one of the waterfalls is called the queen of the winds because of the strong winds. The water of the waterfalls unites in the Tsonmontonari gorge. Another waterfall is the Imperitaja. It is also called “Tina de Piedra”. At the bottom the water collects in a large stone basin. This natural basin, developed over thousands of years, invites you to swim among lush trees. 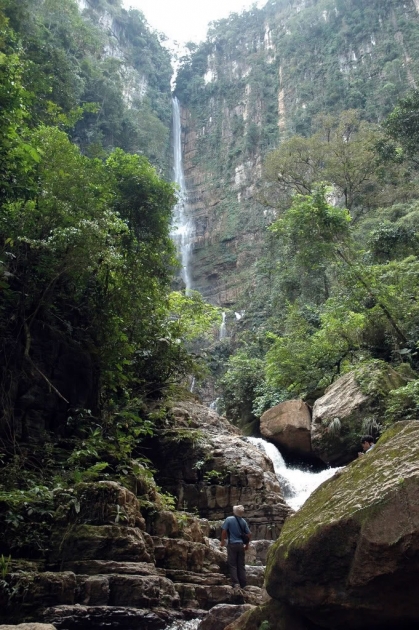 Jungle and City: Activities in the Province of Satipo

In Satipo you can do one thing above all: hiking and relaxing. The wild, unspoilt countryside is home to the most beautiful plants and a number of exotic animals. If you are interested in butterflies, Satipo’s primeval forests are the right place for you. But it is also worth taking a boat trip on the river Ocopa, which serves as a traffic route during the months when the roads are impassable due to rain. The Callegari Museum in Satipo offers an overview of the flora and fauna of the jungle as well as the traditional crafts of the area.

Satipo has a mild, humid jungle climate, it is warm all year round and temperatures fluctuate very little. The average temperature is 32°C in January and 28°C in June. However, the jungle has a rainy season from November to February. Then the unpaved roads are not passable, the population uses the rivers as transport routes. The jungle is lush green all year round. When you go to Satipo, you can decide for yourself – most sunshine hours and favourable conditions for hiking are between March and October.

Tips for your stay

Satipo is not so easy to reach, but the city offers its visitors all kinds of comfort in the form of hotels and bungalows. In the city you will encounter the traditional Peruvian life of the region. For trips into the jungle, it makes sense to hire a local guide. 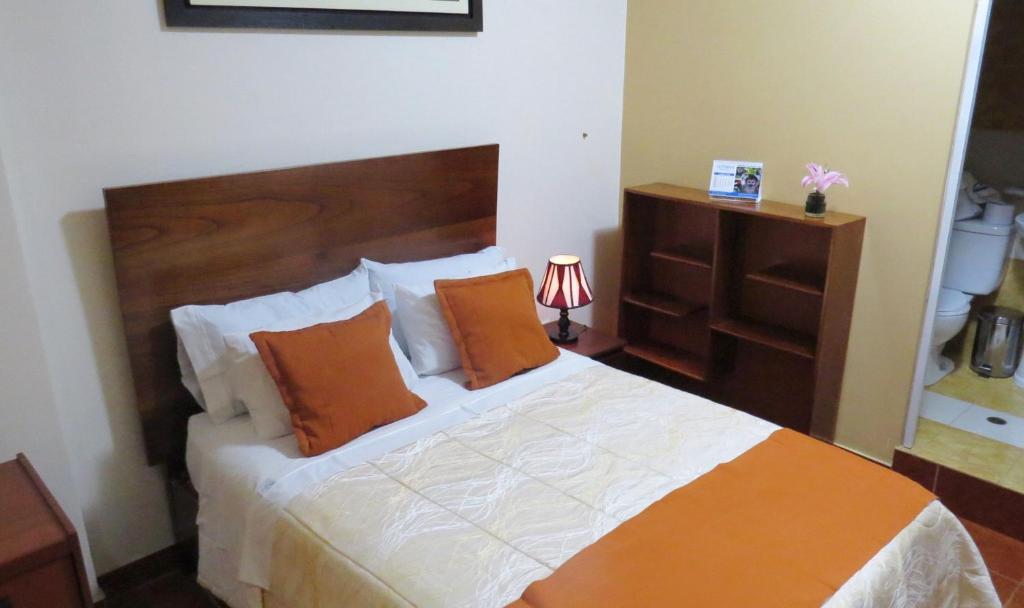 The Victtorios Hotel offers you accommodation in Satipo, only 200 m from the main square. Look forward to a terrace, city view and a bar. 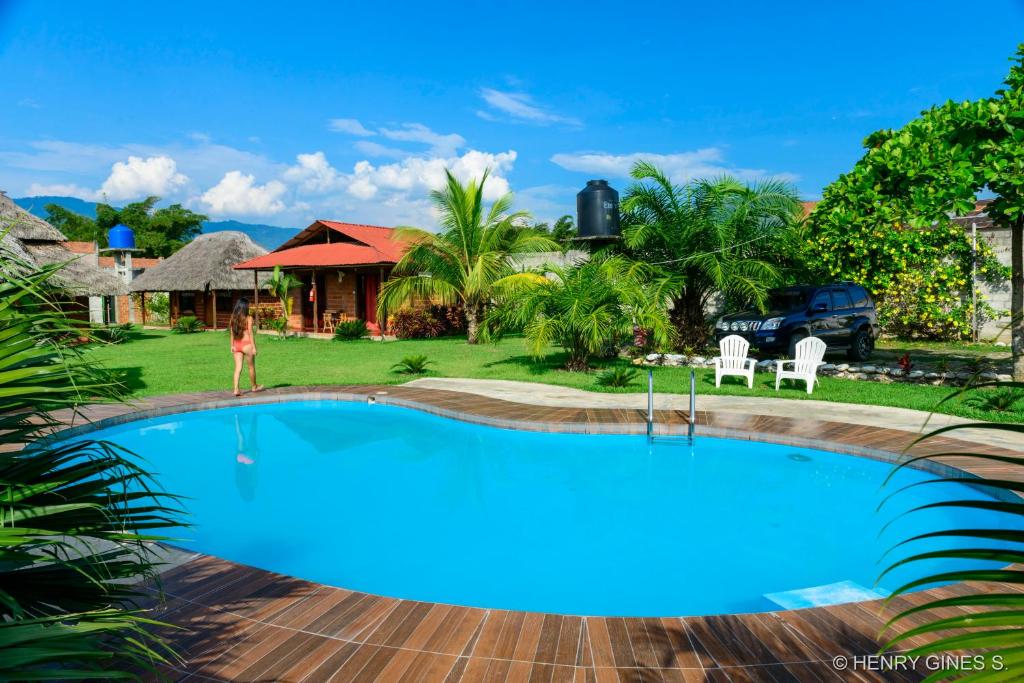 The bungalows El Palmiche await you with an outdoor pool open all year round, garden areas and a fitness centre in Satipo in the Junín region, just 1 km from the centre. 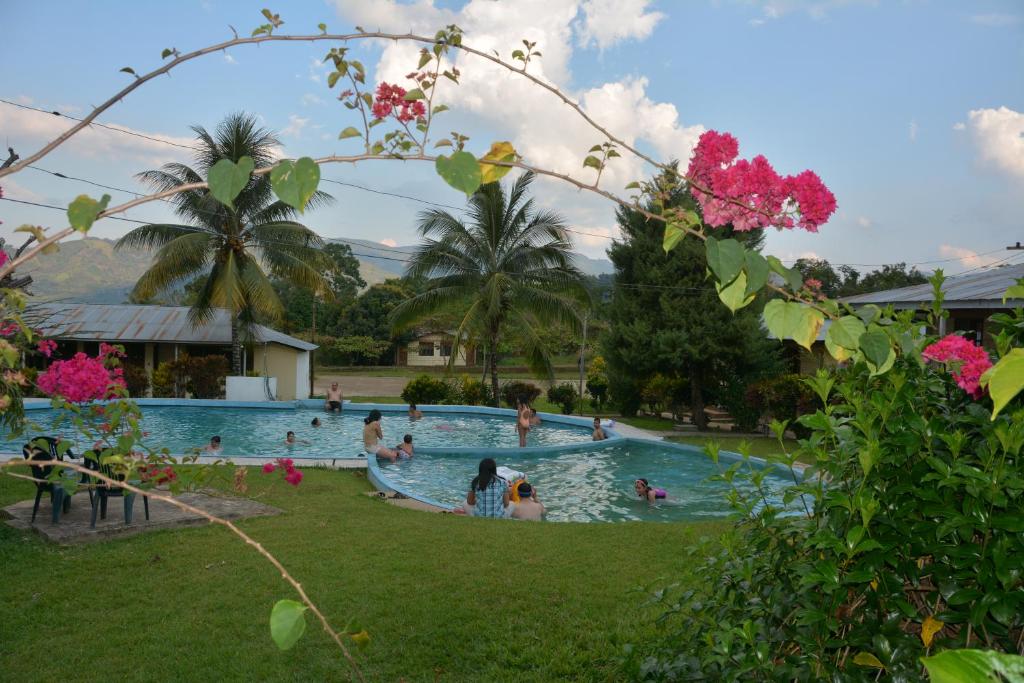 The bungalows H&E Tsiroti welcome you with garden view in Satipo. Look forward to a restaurant and a 24-hour reception. WLAN is free of charge. 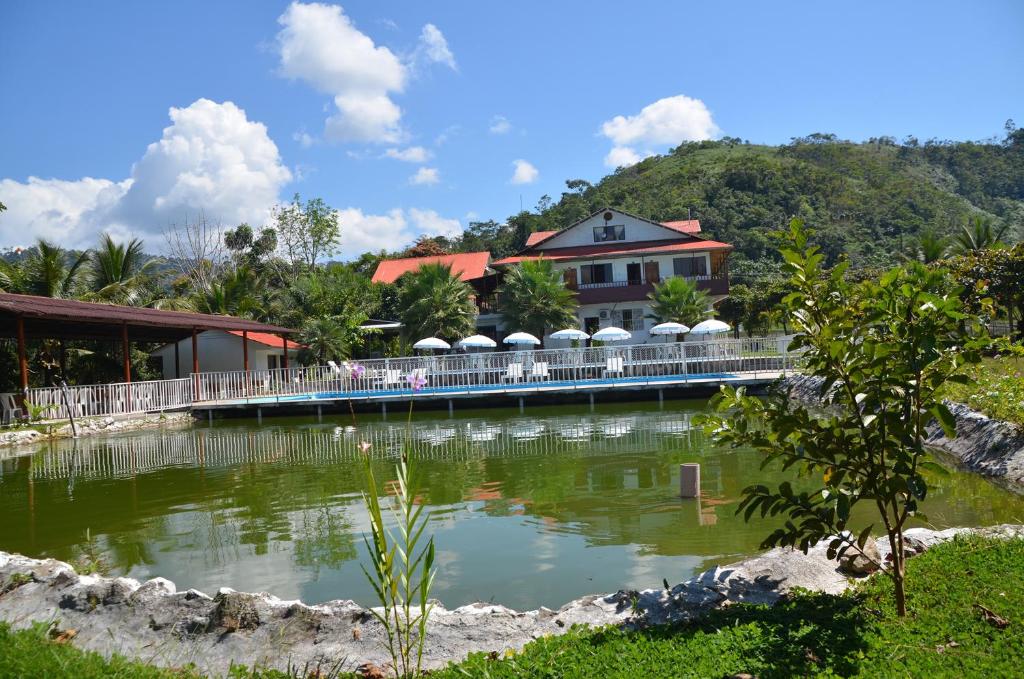 The Casa Club – Hotel Restaurante “Laguna Blanca” awaits you with a garden in Satipo. This accommodation has a 24-hour reception and a restaurant. WLAN is free of charge.

There are several ways to reach the Satipo region. From Lima it is possible to take a bus. This trip takes about eleven hours, but it is a special experience to cross the Andes from the coast. The trip costs about 40 dollars. Another possibility is a flight to Jauja, which takes about 45 minutes and costs 100 dollars. Afterwards it continues with the bus.