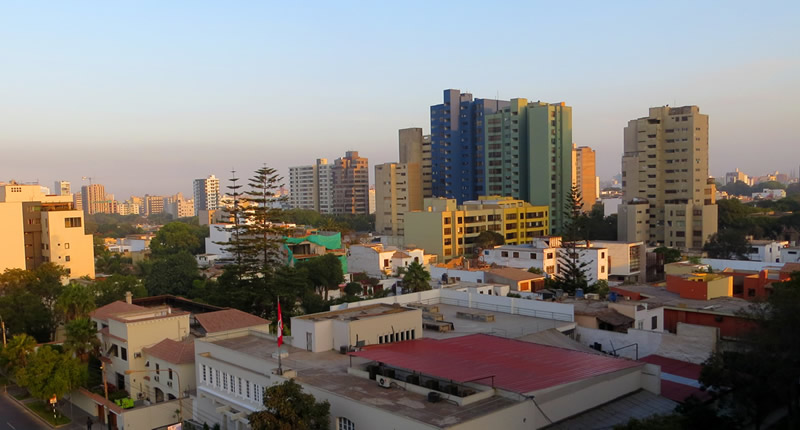 San Isidro is not only characterized by its green areas and exclusive residential areas. San Isidro is home to many of the best restaurants, hotels and concert halls in the city. Despite the construction boom, San Isidro has retained part of its past aristocracy.

The atmosphere for which this district was known at the beginning of the century is still evident in the area of El Olivar, the old olive grove where many of its original trees have been preserved to this day.

In recent years, the district has become an important financial district as many banks and companies have left downtown Lima to establish their headquarters in modern office buildings.

However, San Isidro managed to combine this modernity and progress with its cultural and traditional past, and today it is a beautiful, modern and traditional district that has not lost any of its former elegance.

In San Isidro there are unique colonial houses (especially around the famous olive grove “El Olivar”) and beautiful old houses from the early twentieth century that gave San Isidro its personality.

One of the main attractions of San Isidro is the archaeological site “Huaca Huallamarca”, also known as “Pan de Azúcar” (carrot). During the Lima culture, it was built and inhabited by the “Hualla” of the Lima Valley and was also the home of the “Ishma” (around the 11th century) and the Incas (15th and 16th centuries).

In each period, “Sugar Loaf” had a different purpose. It was first used as a temple, then as a cemetery and later as a human settlement.

The “Huaca Huallamarca” is beautifully preserved. It is a stark contrast to the surrounding area, the modern district of San Isidro, and is a tangible witness to the highly developed prehispanic communities. The museum on the site shows artifacts from “Huallamarca”.

The olive grove “El Olivar” is probably the most valuable treasure of San Isidro. Declared a National Monument in December 1959, El Olivar is a beautiful park that represents this neighborhood like no other area in San Isidro.

The colonial plantation of olive trees not only represents the history and the colonial and republican tradition, but today it is also a green lung for highly contaminated Lima. In the surroundings of the green oasis are the administration of the city, the famous library, an art gallery, the lagoon of El Olivar and beautiful mansions of the early twentieth century.

The park is a must for bird lovers. In the park there are posters with birds that can be seen in the olive grove

The “Casa Hacienda de Condes de San Isidro”, also known as Casa Hacienda Moreyra, was built in the second half of the 17th century.

In the middle of the 18th century, after the earthquake of 1746, the house was rebuilt. In 1777, the estate was acquired by Don Isidoro de Cortázar y Abarca, the first count of San Isidro. Since this year it has been known as Hacienda de San Isidro.

In the colonial era, it was a noble mansion with a majestic chapel, a cellar and some catacombs. Here he met the aristocracy of Lima. The hacienda has since been home to many families, but retains its original character. Today, the beautiful mansion is partially furnished with original colonial products and is the headquarters of Astrid & Gastón, one of the best restaurants in Lima.

In the 1970s, sculptor Marina Núñez del Prado Viscarra built her residence and workshop in the later museum house on 300 Antero Aspillaga street in the heart of El Olivar forest.

The neocolonial house was owned by Don Luis Alayza and Paz Soldán in 1973. It is the first house in El Olivar that has been declared a World Heritage Site.

The construction of the Country Club began in August 1925 and the facilities were inaugurated on February 8, 1927 by President Augusto B. Leguía. In addition, the building was declared a National Heritage in the same year.

From this remote time until the mid 70’s, the Country Club was the favorite place of the Lima company to carry out the most important events. During its 70 years of existence, the Country Club Hotel received countless national and international personalities and people involved in politics and entertainment.

Key figures staying at the Country Club Hotel include the Duke of Windsor with his wife, for whom he had renounced the throne of England, and the French President Charles de Gaulle.

This archaeological site dates back to the Ichma Manor period and was part of the Guatca rule. It was built in the years 1000-1500 AD.
It is a small platform built with clay walls. In its upper part there are quadrangular houses and some terraces.

Originally an administrative center with palatial features, it contains a small Inca cemetery with more than 100 tombs. It was connected to the Pucllana Huaca through a road and a canal system. A large pond existed east of the Huaca. It is also called “Huaca Santa María de Santa Cruz”.

The district is a wonderful place to stroll, shop, visit art galleries, excellent restaurants, cafes and bars and relax in beautiful parks. The district offers a wide and varied range of leisure activities for children and teenagers. Tourists will find alternative activities in the museum of Marina Núñez del Prado. With a bit of luck, in Cáceres Park, you will know the food trucks that have been in Lima since 2015 to offer their delicious fast food delicacies. 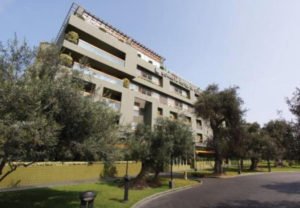 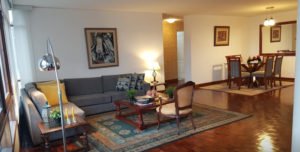 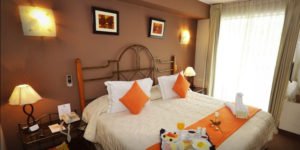 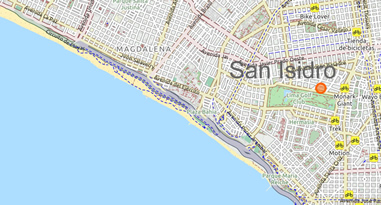 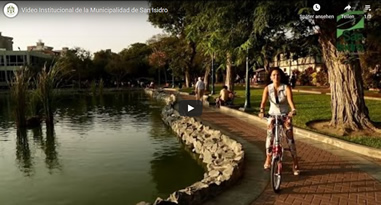