Puente Piedra, or the bridges from the Inca period

Limas districts: Puente Piedra – the district on the Panamericana

Puente Piedra is one of the northernmost districts of Lima. He is one of those areas that is still growing economically. The name of the district has a historical background. Approximately 60 years before the arrival of the Spaniards, the Inca Tupac Yupanqui had roads and bridges built to expand his empire and conquer the valley where Lima is located today. There is also talk of a large stone placed on a channel so that the Incas could cross it.

When the Spanish arrived in Peru and began to conquer the country, the Incas destroyed the bridges and roads, the stone mentioned above landed on the canal. The district is not a point of tourist contact, but is reserved mainly for the local population. But they also do what they can to make the district attractive, especially with green areas of small parks. It does not hurt to go up there during a longer visit to Lima and take a look at the district. However, if you travel by car, it is likely that you are arriving to the district because part of the Pan-American, the highway system that connects Alaska with Tierra del Fuego, passes directly.

The markets in Puente Piedra

It is a special experience to visit markets when traveling through foreign countries. This also applies to Puente Piedra. Mountains of vegetables, men with wheelbarrows carrying fruit, baskets full of rice, spices, and meat in all shapes that Europeans may sometimes find weird. The colorful image that the markets provide will remain in the memory of every traveler for a long time to come.

The Peruvians love good and sumptuous meals, and even as a guest of the country, you have to find ways to eat in the form of restaurants. In Puente Piedra, the restaurants are concentrated along the main street, the Panamericana. Whether you want to treat yourself to Peruvian favorite food – chicken with potatoes, rice or both, a ceviche or just a quick snack, you’re bound to find something.

The Puente Piedra district is so far out of the heart of Lima that it’s almost not worth opening a hotel unless there is a traveler on the Panamericana looking for a place to stay for the night. That’s why you’ll find a few deals in Puente Piedra. 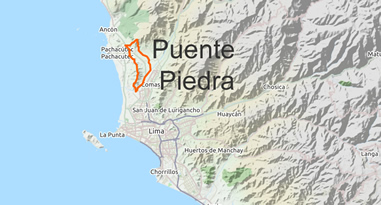 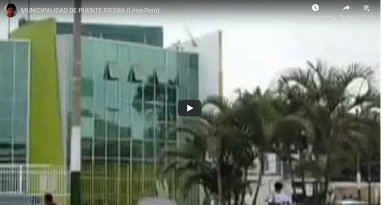