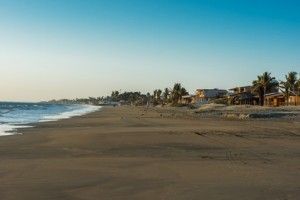 Piura used to be a sleepy little town in the middle of the desert of northern Peru. But thanks to El Niño, small trees and shrubs grow here and there and the area becomes greener instead of sterile. And that is not the only thing that has grown here. Even Piura has increasingly become a popular destination, and even if you do not necessarily spend two weeks here, it’s a nice change for a two-day trip. What makes the city on the river of the same name? Its inhabitants incredibly friendly, and the food exceptionally delicious.

The oldest Spanish city of Peru

Where today Piura is with more than 400,000 inhabitants in the steppe, lived indigenous tribes such as the Tallanes and the Yungas. But these tribes had no leaders, and therefore they had no leadership. No wonder they were then devoured by the Mochicas, singing and singing. From this mixture of cultures will later develop the Vicus, who ruled for a long time in Piura and its surroundings.

When the Spanish conquistador Francisco Pizarro established himself with his men here, in July 1532 he founded the first Spanish city in Peru: San Miguel de Piura. It would take about 300 years before Piura declared independence in January 1821. Of the old colonial buildings, however, there is not much left today, only in the historical center of the city you can still find some magnificent isolated buildings that recall the ancient splendor

Piura achieved fame, at least literary, through a novel: “The Green House” of the Nobel Prize winner Mario Vargas Lllosa in 1966 provoked longing and desire to travel in many readers and gave rise to a small boom in tourism.

The city comes to life at night

Although Piura has its own university, a (small) airport and more than 400,000 inhabitants, one would never believe during the day that one landed here in the sixth largest city in Peru. Everything works without problems and people take the time to chat with friends and neighbors on the way to work. While enjoying a cold beer under one of the many trees in the center of Plaza de Armas, you would never think you are here in the desert.

In the center of the city, there are also some historic colonial buildings, which can be visited with a bit of luck, and also the birthplace of local national hero Miguel Grau Seminario invites you to visit. Nearby is also the baroque cathedral of 1588, which should not be missed.

But only when the sun sets, life seems to wake up in Piura. Suddenly, the sleepy square is full of young women who wear their good clothes, while young people flirt with their vehicles (and sometimes pumped) and loud music. Bands with warm rhythms, happy families during a night tour of the square and an omnipresent laughter make it easy to feel comfortable here. And the kindness of the inhabitants guarantees that even as a tourist, they immediately get involved in a conversation and can learn even more about life here.

Culinary delights for what you can see

In the city center, there are dozens of restaurants and cafés offering typical local specialties. Of course, fresh seafood can be found at the top of the menu, since the sea is only 60 miles away. Especially the ceviche, a kind of cold salad, in which the raw fish is marinated with lime juice, is here the Renner.

Another local specialty is the tamal, small “packages” of corn leaves inside which is a kind of oatmeal, a delicacy that is known throughout South America. The peculiarity here in Piura is that the tamales are refined with chicken and served for breakfast. A beginning of strengthening for the day.

From Piura to the beach to Colan

Of course, if you are in the area, you should not miss Colan’s spa. It is about an hour’s drive from Piura and offers an overwhelmingly beautiful sandy beach, comfortable (and cheap!) Accommodation and an absolute Caribbean feel.

How do you get there and where can you stay?

Of course, those who want to pass the 988 km from Lima to Piura quickly and reasonably comfortable, of course, will use the plane. The airport is not much more than a gravel road and a small “terminal hut”. If you prefer to drive on the Panamericana, you need 13 to 15 hours.

In the center of the city there are numerous hotels and accommodation for almost all budgets. La Portada (LP) Hotel Piura is one of the most popular in the city. With its own pool, bar, gym and, of course, free Wi-Fi and a price range of 50 – 80, – € per night, you can relax here. And if you are hungry in the room, you can ask for Peruvian specialties in room service. 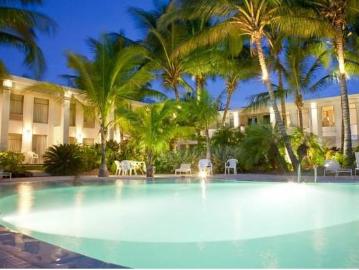 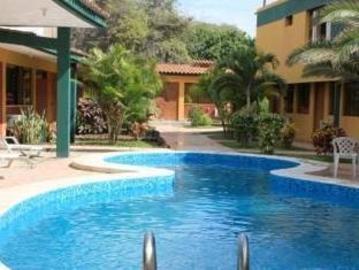 In Piura the whole year is “summer”. The temperatures are consistently very warm to hot.

For Europe, Piura is one of the most important suppliers of organic bananas. Around 90,000 tonnes of lekkeren fruit were exported in 2014. For 2015, an increase of 20% is expected. 6,300 small farmers cultivate an area of 6500 hectares. Customers include companies like Dole.