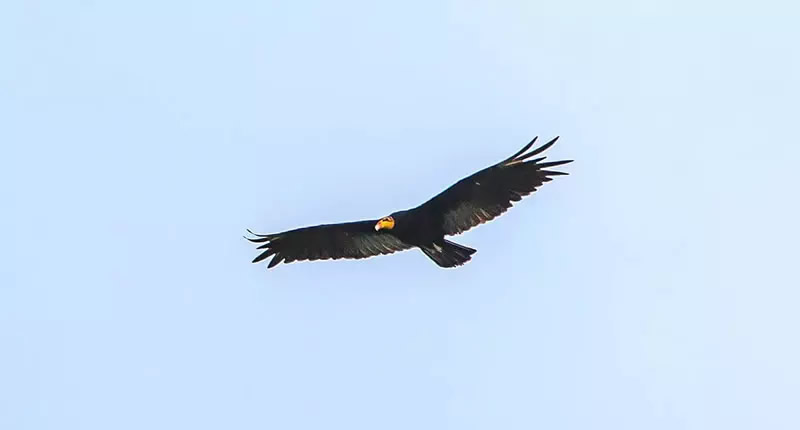 Peru’s most popular destinations from the jungle to the Incas

Peru is often associated with the empire of the Incas or with the Andes. Then there is the history of colonization and with it many testimonies in the form of architectural examples. Water sports enthusiasts will say that Peru is a good place to surf, and in recent years Peru’s cuisine has been voted one of the best in the world by the World Travel Awards. Here we introduce you to the most important destinations in the different regions of this fascinating country. Peru can be divided into different regions. In scenic regions for example – the coast, the Sierra and the Selva – or simply geographically in north, south and center. Get to know a country that will certainly fascinate you.

The most famous Highlite in Peru is without doubt Machu Picchu. Since 2017 more and more tourists visit the fortress Kuelap in the north, also called the Machu Picchu of the north. Those who have enough time for their Peru holiday should in any case make a detour here.

Destinations in the North

The north of Peru is dominated by contrasts. To the east of the Andes grows lush rainforest, while to the west on the Pacific coast is a desert. The Amazonas and Lambayeque regions, for example, are among the many possible destinations. The former has many rainforest animals and plants as well as monuments from ancient cultures.

For example, there is a burial place of the Chachapoyas, the Mausoleo of Revash. Who does not shy away from a small effort and takes on the two-hour hike, will come across formations carved into a rock wall, which, similar to house facades, are lined up next to each other. The latter region, Lambayeque, is not only ideal for a bathing or water sports holiday, but is also known for its royal tombs and pyramids of Sipán near the city of Chiclayo.

Link to: Chan Chan, the clay capital of Chimú 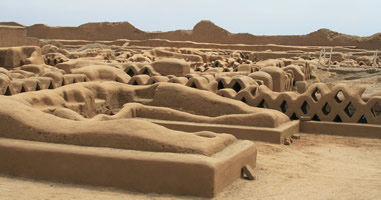 Link to: Huaraz – the gateway to the peaks of the Cordillera Blanca

Huaraz – Trekking in the Cordillera Blanca

Iquitos – Jungle city in the north of Peru 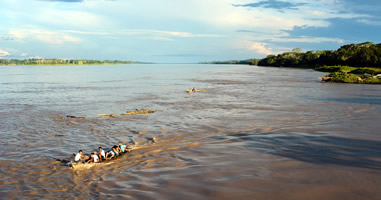 Link to: Teleférico de Kuélap – by cable car to the Chachapoya fortress 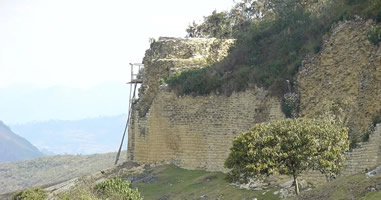 What is hidden in the centre of Peru? On the one hand there is the Pasco region with its different landscapes: rainforest and bare Andes slopes. Or travel to the Huánuco region, home to Tingo Maria, a small town famous for its green hills, including La Bella Durmiente, the Sleeping Beauty. Huánuco is the gateway to the Amazon, to the rainforest. Both destinations are the perfect place for a relaxing or active stay in nature, but the centres of the towns are also worth a look. By the way, Peru’s highest mountain, the 6,768 metre-high Huascarán, is located in the centre of the country in the Áncash region. But it is not the only attraction of the region, Áncash reaches up to the coast, and in the different regions Quechua, the language of the Incas, is partly spoken. The cultural wealth, although Áncash is one of the lesser known destinations, is enormous.

Old times and modernity in Lima

Not to forget, because a chapter in itself, is Lima. If you travel to Peru by plane, you will automatically arrive there. The capital stands for an important part of Peruvian history, namely colonization. Numerous buildings, for example at the Plaza Mayor, date back to this time.

In Lima you will find excellent examples of the Peruvians’ preference for beautifully designed squares, and ancient cultures are also abundantly represented in Lima. Some are visible in the form of buildings, the Huacas, others live on in the numerous museums. Admire ceramics, jewellery and textiles found in the most diverse regions of Peru and collected in the capital.

In addition to ancient cultures, Lima has a rich modern life, art, the difference between rich and poor, shopping centres and markets you may never have seen before. Lima is of course also suitable for a culinary journey – through Peru, but also to other countries of the world. Connected to Lima is the city of Callao with the most important port of the country. Here once the Spaniards landed to conquer Peru, pirates cavorted on the islands off the coast.

City of the Kings 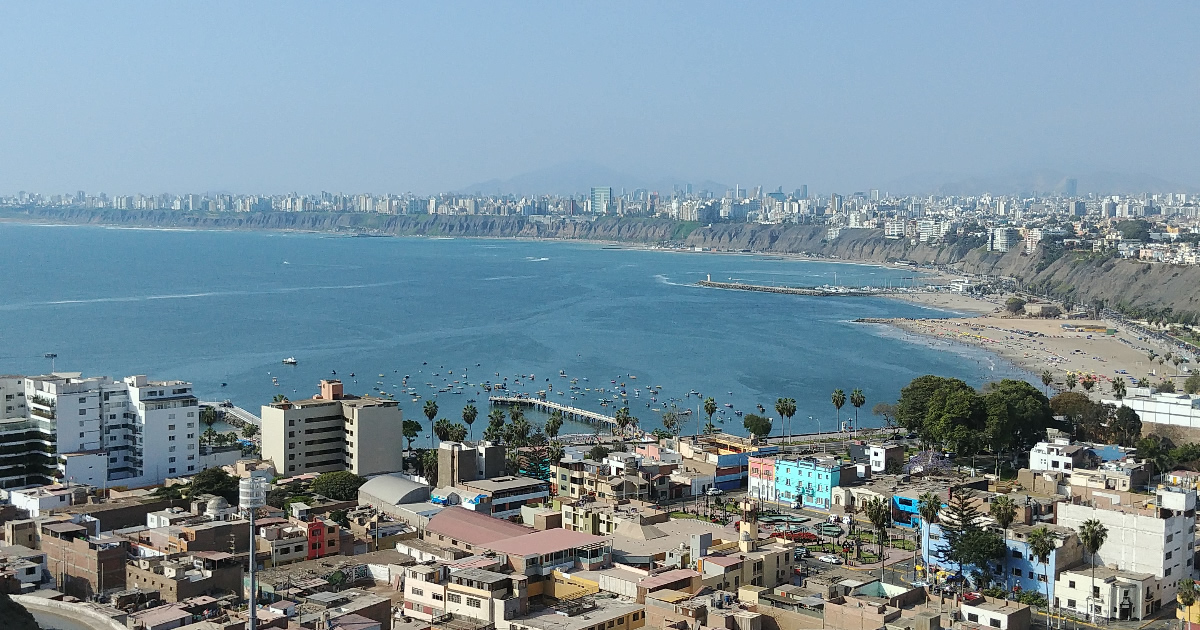 Reed boats or the White City?

Arequipa, the White City, is one of the most popular destinations in southern Peru. The city was partly built of light-coloured rock from three nearby volcanoes, hence its nickname. The building material is particularly well to be seen in the monastery Santa Catalina, originating from the colonial time and repeatedly built up after earthquakes, which you should not omit with a visit in Arequipa in any case.

Arequipa is also interesting from a culinary point of view. In the so-called Picanterias, regional cuisine prevails in all its diversity. But nature lovers also get their money’s worth in this region. Hikes in the Andes are a special experience, for example to the Colca Canyon and the Cruz del Condor located there, where with a little luck condors can be observed during their flight in the morning.

Also in the south of Peru lies one of the most famous lakes in the world, Lake Titicaca. Here an old tradition lives on: The Uros live on reed islands, live in houses built of reed and use reed boats. And if you want to drive further through Peru’s south, you will come to a place that is known by many people by name, but which is still a mystery to researchers today: the ruined city of Machu Picchu. 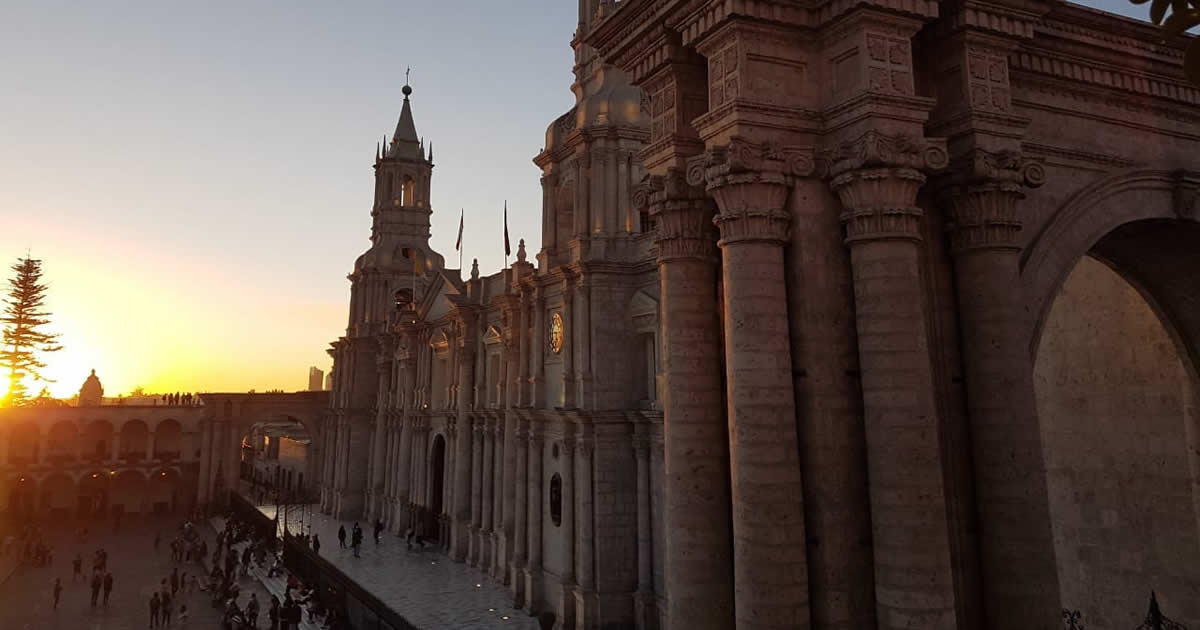 Second deepest canyon in the world 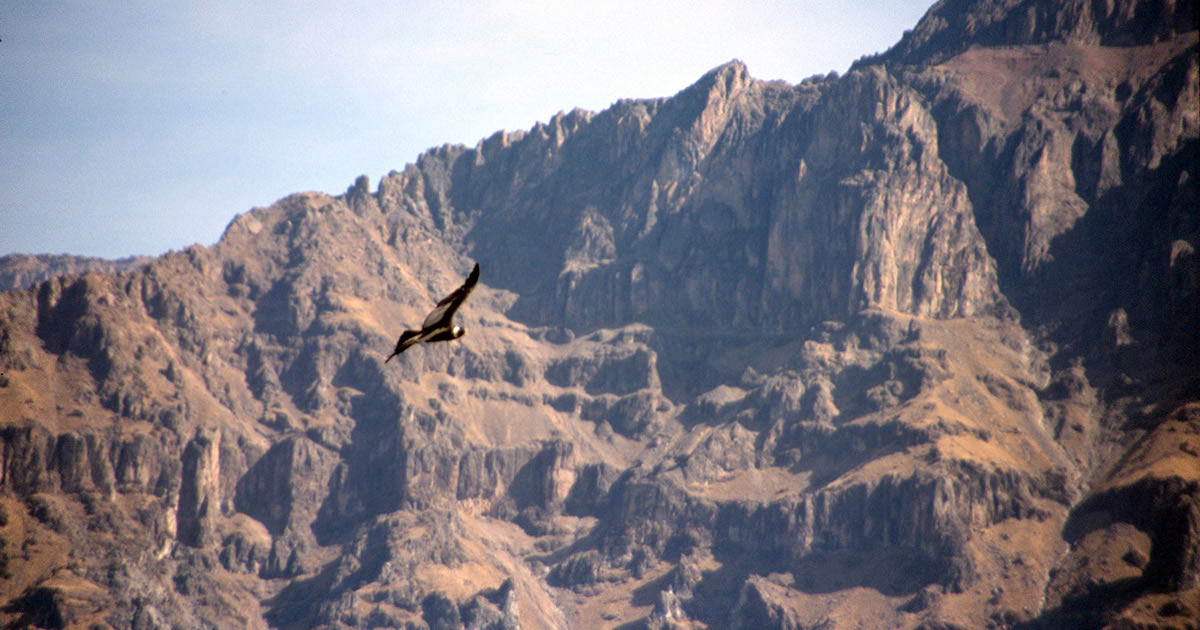 Former capital of the Incas 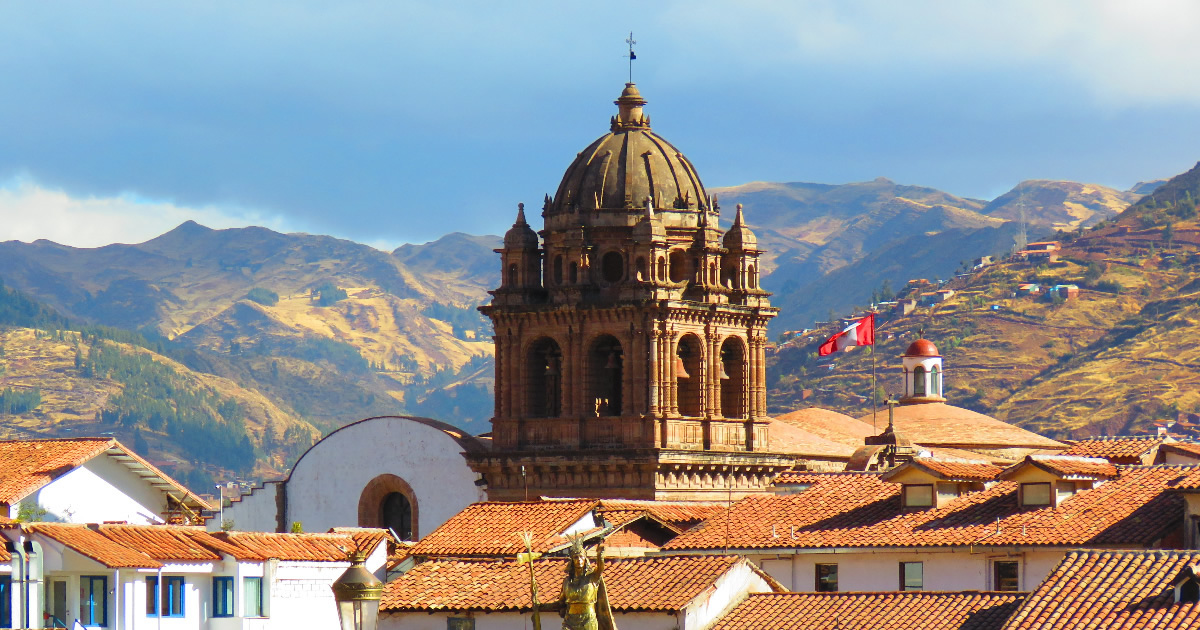 Ollantaytambo – the last town in the Sacred Valley 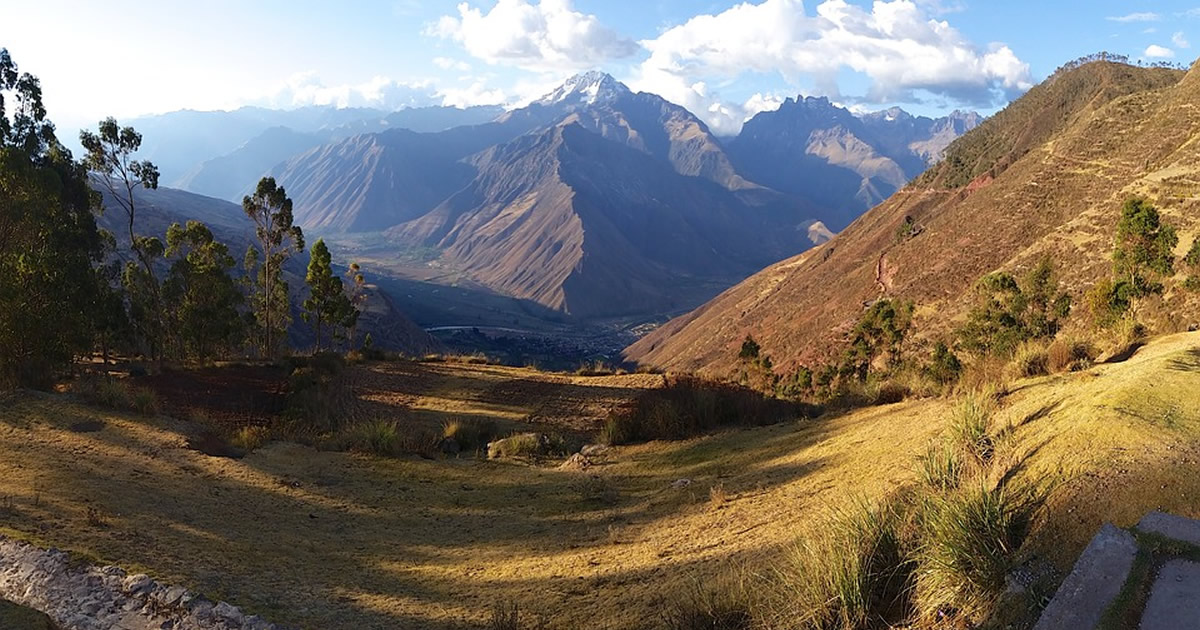 Desert oasis in the middle of sand dunes 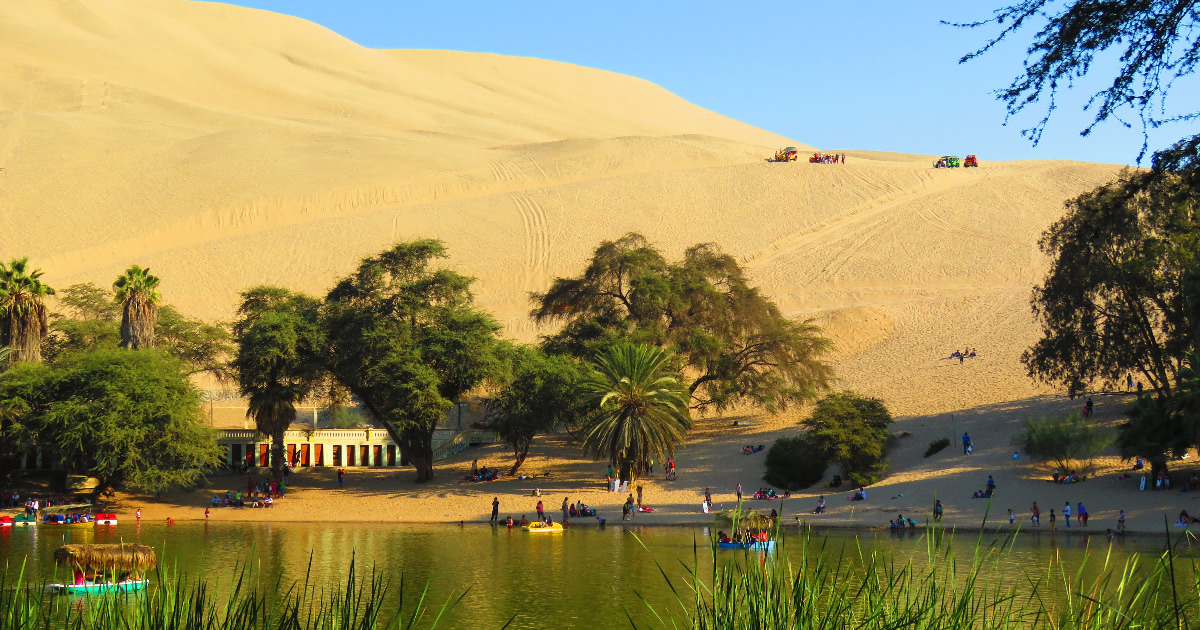 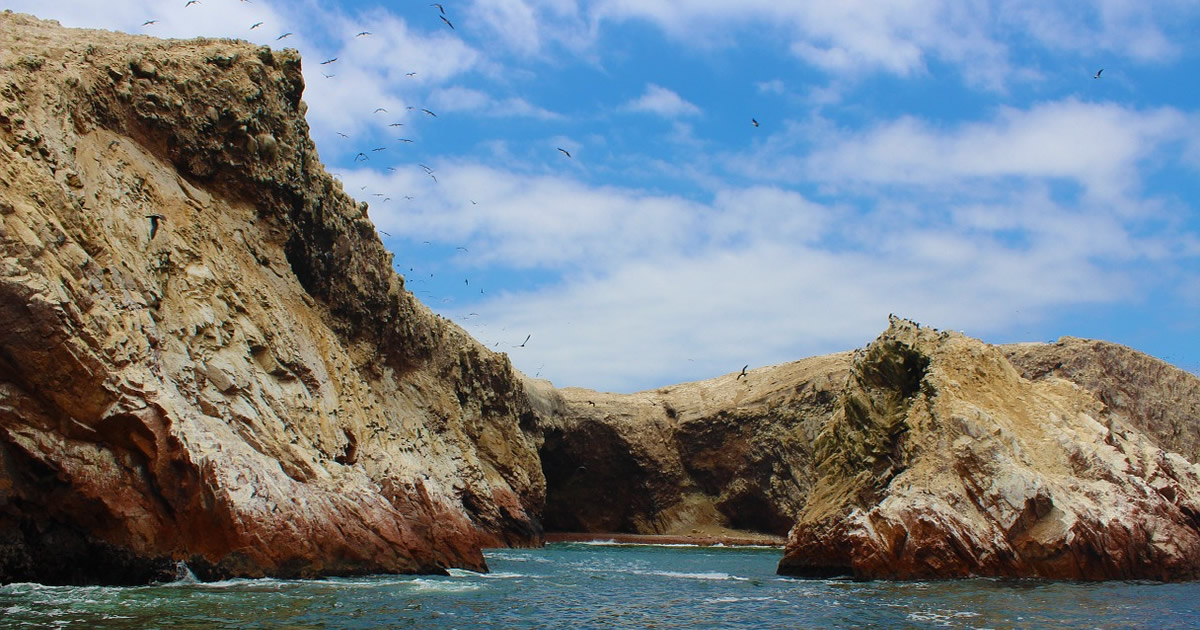 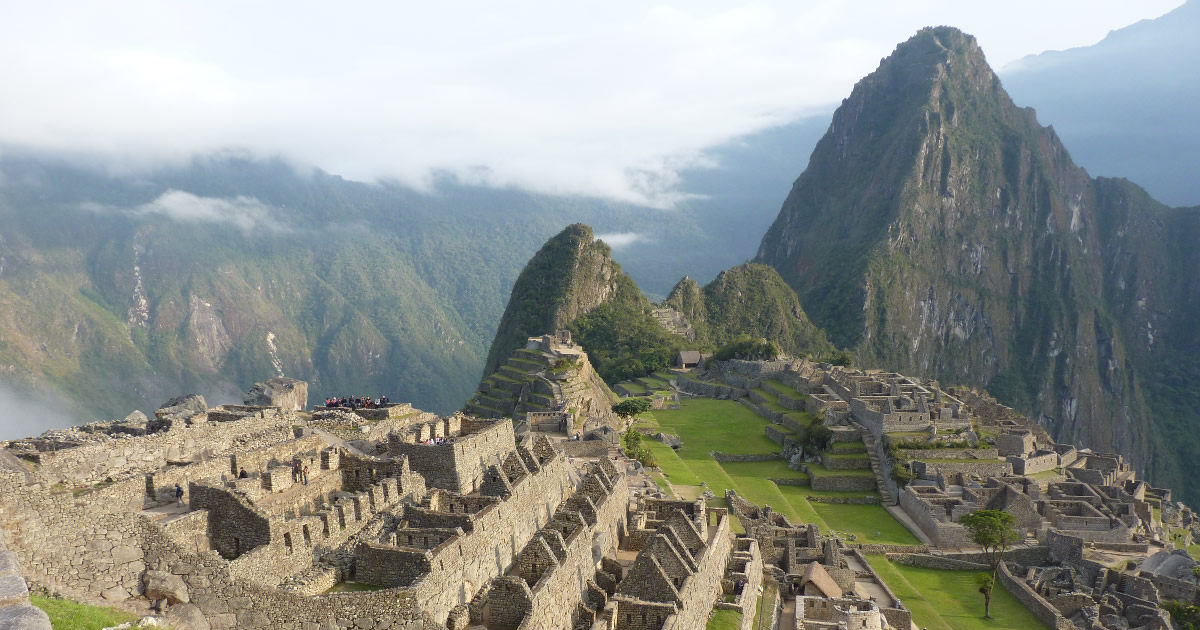 Wonder of the World in the Atakama Desert 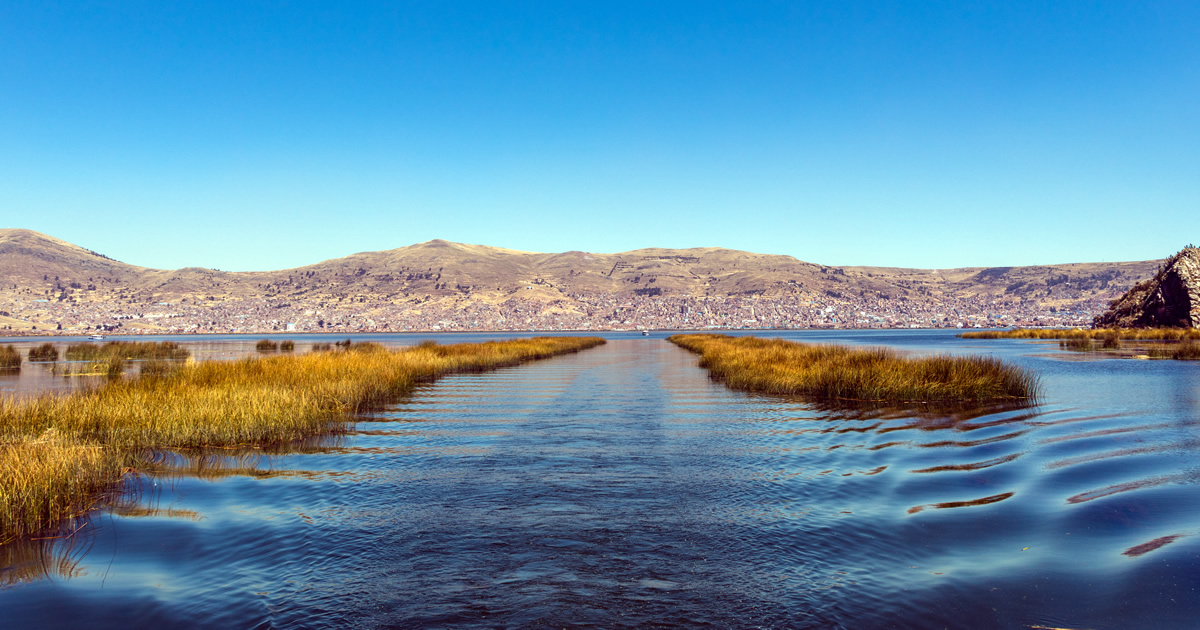 Nature reserve in the Amazon rainforest 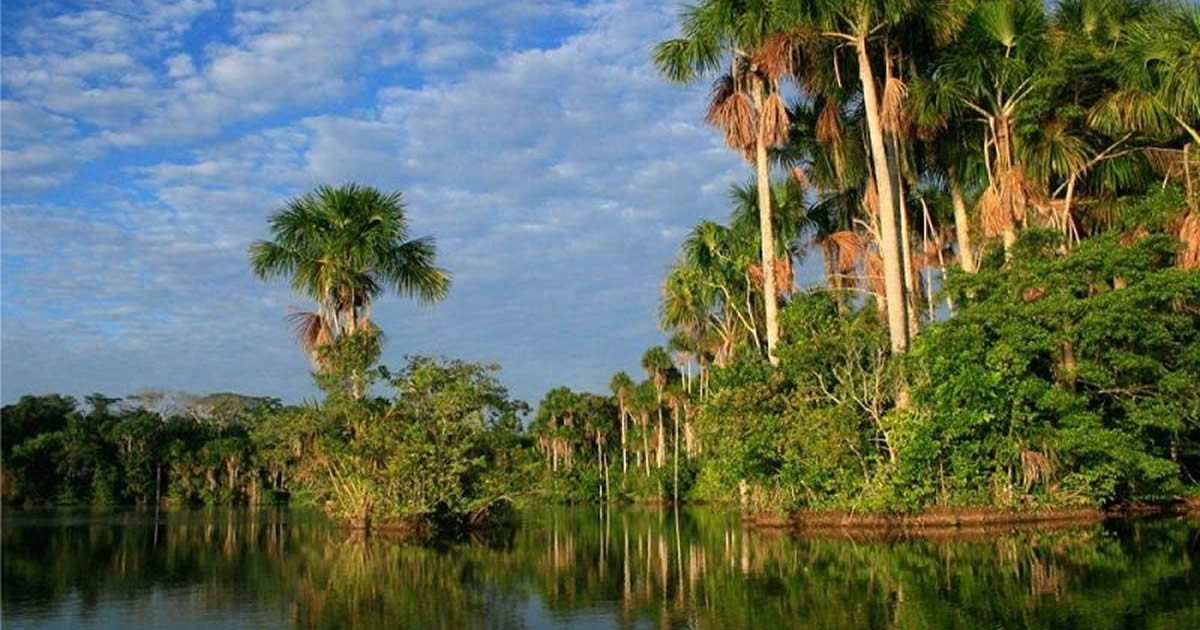 Peru’s northern borders are with Ecuador and Colombia, Chile to the south, Brazil and Bolivia to the east, and the Pacific Ocean to the west. With an area of 1,285,216 km², the country is the third largest country in South America after Brazil and Argentina. 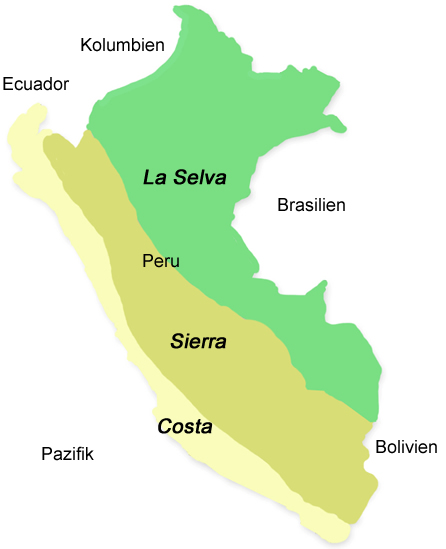 Although Peru has 84 of the 117 existing climate zones worldwide, it can be divided into three natural regions. In the west the Costa, the dry desert landscape of the Pacific coast, in the middle the Sierra with the Andes and the Andes highlands and in the east La Selva, the tropical and always green lowland of the Amazon.

La Selva in the east

Around 60 percent of Peru’s eastern territory is covered by rainforest, which is still largely unexplored and least populated. The region is largely undeveloped and has few roads, as the rainforest is almost impenetrable.

La Sierra in the centre

The Sierra in the middle of the country covers about 30 percent of Peru’s surface and is characterized by its high mountains and the Andean plateau. The mountain region of the Andes in the centre of the country occupies about 30 percent of the total area of Peru and is characterized by many peaks of up to 6,000 meters high mountains with snow peaks and the Andean plateau.

In the north are the mountains of the Black Cordillera, which do not reach the snow line with their height. In the north-east, in the White Cordilleras, there is Huascarán, which at 6,768 metres is also Peru’s highest mountain. In this area, the peaks of the high mountains are covered with snow and ice.

The further south it goes, the lower the mountain massifs become. The highland basin of the Altiplano, located in the very south of Peru, is at an altitude of approximately 3,500 metres. Here is also the fascinating landscape of Lake Titicaca.

La Costa in the West

The west with its Pacific coast is a narrow strip of desert that accounts for about 10 percent of the territory of Peru. Here it rains very rarely. The cold Humboldt Current running off the coast causes coastal fog and light drizzle during most of the year. The desert strip is crossed by river oases that run from the Andes to the sea. The green coastal cordilleras, also called Lomas, are beautiful, on which desert plants, cacti and shrubs grow, which draw their water requirements from the fog. Along the coast from north to south the Panamericana stretches along the partly very well-developed coast and invites to a voyage of discovery.