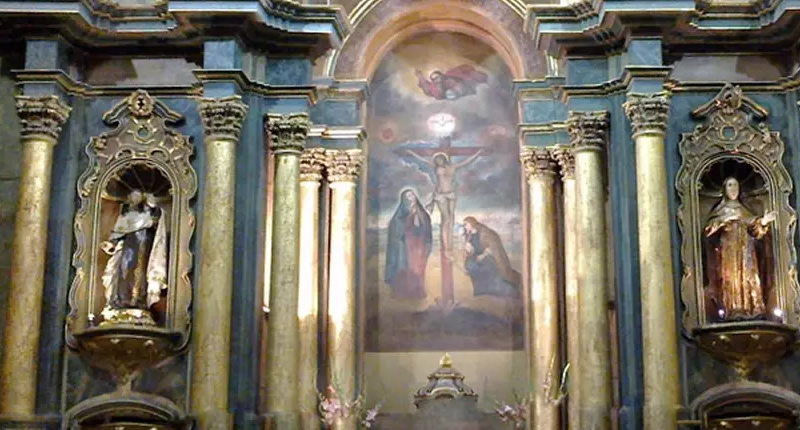 National Sanctuary and the Monastery of Las Nazarenas

Some churches and monasteries in Lima have their origin in the oldest history of the city when the Spanish conquistadors wanted to convert the indigenous population to Christianity as quickly as possible. However, the Monastery of Las Nazarenas was founded for a very different reason and much later. Due to its history, the church plays a special role in the faith of the Peruvian population and is one of the most visited religious buildings in Lima as well as the cathedral. Learn about the church on your trip to Lima.

The history of Las Nazarenas Monastery begins with several earthquakes that destroyed large parts of the city. The death toll was excellent, as was the material loss. Tirelessly, the inhabitants rebuilt their city. But whatever happens, an image that represented Christ always remained intact. It had been painted by an Angolan slave on a wall and miraculously resisted all destruction. His name was Lord of Miracles, Lord of Wonders. It was decided to honor these miracles and build a church.

At the beginning of the 18th century, Nazarene women moved to a building next to the church. It became a second Church, because even the first building was destroyed in a later earthquake, but not the altarpiece. In 1771 the building was built, which can be seen today: a magnificent rococo church.

Every year, on October 18, a procession takes place in honor of the Lord of Miracles, who was named patron saint of Lima. This event lasts 24 hours and attracts thousands of believers. But otherwise, a large number of pilgrims from all over the world visit the church to ask for protection and recovery from the Lord of Miracles. Since the plaza was not enough for many believers, a chapel was added in the eighties.

The Rococo facade of the church of Las Nazarenas is completely white. The interior, on the other hand, inspires with the combination of green and pink colors. The capitals of the columns and altars are adorned with gold, while the altar, with its figures and golden pillars, is a work of art in itself that adorns the famous mural of the crucified Christ.

The National Sanctuary and Monastery of Las Nazarenas, as the name of the church and the monastery is a building that should definitely go during your visit to Lima.