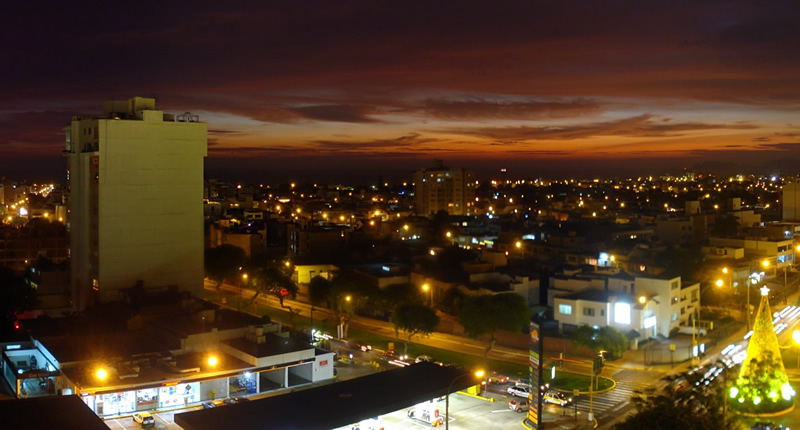 At first, the Spanish conquerors of Peru recognized the value of the district by the sea. They founded a small town called Magdalena del Mar, which became their favorite vacation spot. In 1920, Magdalena del Mar became the district. The name was given to the city on the one hand due to the proximity to the sea, on the other hand due to the orders that had been established there for the mission of Peru shortly after its founding and preached the teachings of St. Mary Magdalene. Meanwhile, Magdalena del Mar was briefly in Marbella, this name was also inspired by the sea.

At this point, you can write well about historic buildings, preferably in chronological order. If you visit Lima but do not see the Huaca, you miss something. So here is the advice: visit the Huaca Huantille. It may not be the best preserved place, but several construction projects on the site since the mid-twentieth century. After all, the construction material was cheap to have. The pyramid-shaped structure had painted walls, only a few are standing. The Huaca was originally built by the Ichma culture and served, among other things, as an administrative and religious center. In 1450, the Incas conquered the valley where Lima is located, and therefore the Huaca. Attached to the archaeological site is a small museum that shows the history of Huaca and finds. A much more recent and striking building is the Corazón de María church. On the one hand, it is special because it is the highest church in Lima and, on the other hand, it stands out for its greenish-pink façade and its cupola from the mass of the squatting churches of Lima. At the top of the dome is a statue of the Blessed Virgin with open arms.

What is the most beautiful, interesting or popular district of Lima? Magdalena del Mar belongs to the latter. While in other districts the artist’s scene or the tourist meeting point has been formed, Magdalena del Mar is above all a residential district of the middle class. What it means: here is a little quieter, the streets are well maintained. Also, the sea is not far away, but that’s not surprising in the name of the district itself.

But Magdalena del Mar still has other places for possible activities: very lively in the Magdalena Market. Anyone who has always wanted to track the shopping habits of the people of Lima should do so here. The Market has everything to buy, from fresh vegetables and fruits (especially in the morning) to household items and clothing.

The beach promenade in Magdalena del Mar offers a beautiful view of the bay of Lima and its coast. On a clear day, you can see Morro Solar in Chorrillos in the south.

Templo de Corazon de Maria – This beautiful temple was built in the 1950s and is known for its height and architectural design, which give it both artistic and cultural value. The statue of Mary at the end of Av. Brazil was originally planned for the head of the church.

In Lima, you can eat well almost everywhere, so in Magdalena del Mar. Some of the restaurants are based on the proximity to the sea, fish in all variants is on the menu. A small holiday feeling, which also prevails in the sea, tries to produce the “Speciale” ice cream shop with its small miracle balls. You can also find Chinese, sushi or Italian cuisine. It sounds good, right?

Hotels near the sea are always popular. Therefore, it is not surprising that Magdalena del Mar is not one of the cheapest for visitors to Lima. But maybe that does not matter. A hotel in Magdalena del Mar definitely means a stay in one of the quieter areas of Lima or access to the coast and beach of Playa Marbella. 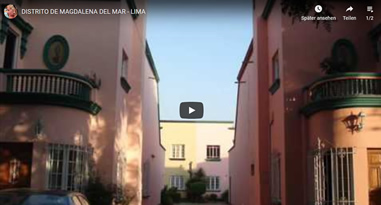 Other places of interest in Magdalena del Mar