Lambayeque – In the Footsteps of Chimu, Mochica and Sican 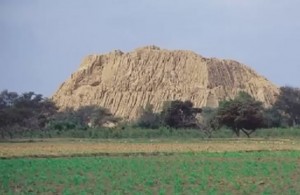 Although Lambayeque, with its small population of 50,000, may have been the godfather of the entire region, the capital is Chiclayo. So it comes that Lambayeque could retain much of its original charm and remained a rather quiet town. Best known for its archaeological sites in the immediate vicinity and the associated museums. This makes it a popular destination for history-loving vacationers during their Peru Travel.

The cradle of the first civilization of the northwest

According to legend, an armada of fins landed in the Bay of San Jose centuries ago, led by the almost superhuman leader Naymlap. It is said that he founded a new civilization here along with 8 other foreign warriors. Their descendants were divided into several fields: the Mochica and the Chimú, of which the Mochica settled in Lambayeque. After their disappearance, members of Lambayeque, a subgroup of the Sicán culture, arrived in the region, but were conquered by the Chimú some 100 years later.
When the Incas finally broke into Lambayeque, the Chimú did not hit so fast. It took the Incas more than 40 years to make their own area, and then the Spaniards came, who in turn destroyed the Inca empire.
But numerous remains of the buildings and relics of forgotten times nowadays constitute a great part of the charm of the city. Those who come here want to visit either the excavation sites of Túcume or the tomb of the “Señor de Sipán”, well known beyond the borders of Peru.

The Brüning Museum in Lambayeque 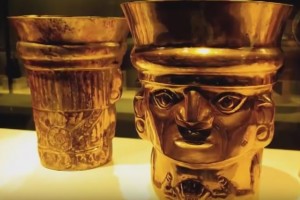 If you want to get an impression of all the treasures of the region, you should definitely visit the Brüning Museum. The modern building currently exhibits more than 1,500 artifacts, both from Tucume and from the tombs of Lord of Sipan. Artistically crafted jewelry made of silver and gold, elaborately embroidered textiles and hand-knotted carpets, weapons and many other exhibits are collected here since 1924 and made available to the public. The oldest pieces are over 10,000 years old.
The museum is open daily from 9am to 5pm, entrance fee is around $ 3 without and $ 7 with guide.

Tucume – The Valley of the Pyramids

Not far from the city of Lambayeque is one of the most important archaeological sites not only in Peru, but throughout South America. The Túcume pyramids, formerly more than 200 mudbrick buildings, are remains of the Sicán or Lambayeque culture, which is estimated to date back to 1000 BC. Chr.

Around the valley of the pyramids, or as its inhabitants call it: purgatory (Purgatory), many legends are intertwined. And you certainly will not find any locals entering the field after sunset, because then the ghosts of their ancestors will roam the mud buildings here.

During the day you can visit the great area and the Huacas, the pyramids. There is a small visitor center and a museum where you can admire some very interesting artifacts. The most important Huacas is the “Long Pyramid”, also called Huaca 1, the Temple of the Sacred Stone and the Huaca Balsas.

The tomb of the Lord of Sipan 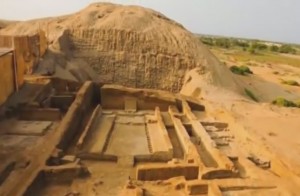 In 1987, near Lambayeque, an archeological sensation was discovered: a burial site dating from the 1st to the 6th century was discovered, housing not only a high-ranking nobleman from the Moche culture, but also immeasurable burial objects. Gold and silver jewelery decorated with turquoise and lapis lazuli and death masks are still a mystery today. But not so much as the Lama and the Gravekeeper without feet, who was also discovered in a chamber.
The Huaca consists of two truncated pyramids and a pedestal and can be visited daily from 9.00 – 17.00. There are bus tours to the archaeological site of both Lambayeque and Chiclayo.
The museum is open daily from 9am to 5pm, entrance fee is around $ 3 without and $ 7 with guide.

How to get to Lambayeque and where to stay

If you want to take the convenient route and arrive by plane, you can take one of the regular flights to the neighboring city of Chiclayo (about 12 km from Lambayeque). The flight takes approximately one hour.
The capital Lima Peruana is about 780 km by bus and can be easily reached by the Panamericana. Even if there are direct connections with Lambayeque, the large number of bus companies that go to Chiclayo, from where you must continue by taxi or minibus to Lambayeque.

Lambayeque itself has very few places to stay. One of them is Casa Santa Lucía, a historic building from the 19th century with a picturesque terrace with Wi-Fi connection and an intercontinental breakfast. The one-night stay costs 50 to 65, – USD per person. If you have special requirements, you must book a hotel room in Chiclayo. All Lambayeques attractions are 20 minutes away.