… it is said that in the case of La Victoria it must say “Clothing makes the district”. When a Peruvian thinks of La Victoria, he refers above all to the largest textile center in La Gamarra. More than 20,000 stores have been established in more than 20 blocks selling all kinds of clothing. There are the typical Peruvian patterns, but also fabrics from all over the world, from the cheapest to the most expensive. This part of the district is full of people who chase, bargain or just walk around the shops and stalls, enjoying the experience. The volume is difficult to compare with other places in Lima, for visitors, this place can be like a labyrinth. If you do not know where to find what you want, you have to go look for it. Those who do not search find what they need, perhaps by accident. La Gamarra is located in the north of La Victoria. The southern part of the district, on the other hand, is mainly a residential area known for its numerous auto parts stores.

La Victoria: From the hacienda to the business district

Sights and activities in La Victoria

What would Lima be without its ancient cultures? You will find them everywhere, even if large parts of the buildings have disappeared today in the streets of the capital. The Victoria can be maintained in this respect, in the center of the district is the Huaca Santa Catalina. It consists of a stepped pyramid and an access ramp. The complex has been used by different cultures over the centuries, including the Ichma, the last remodeling of the Inca era. The plane of the pyramid is almost square. In the past, the Huaca was both an administrative center and a religious center, as evidenced by the altar preserved to this day.

There is also a museum on the site, where mainly ceramics and textiles found on the site are exhibited. If you like cultural events such as concerts and dance shows, Huaca Santa Catalina is the place to be. Especially at night, the Huaca is a beautiful place, when the walls are softly lit. It is worth keeping an eye on the calendar of events. For football fans among you: in La Victoria you can find the Alejandro Villanueva Stadium, the stadium that houses the Alianza Lima football club. In addition, the district is adjacent to the National Stadium of Peru, National Stadium Limas.

… there are some in La Victoria, of course, especially with Peruvian cuisine. Maybe they have eaten enough ceviche and are waiting for something else? Since Italian immigrants settled in La Victoria in the 1920s, many restaurants in this district serve Italian cuisine. Japanese cuisine is also represented in La Victoria. This is not surprising, after all, the Japanese community donated a small monument to Lima on the 100th anniversary of Peru in 1926.

La Victoria limits to the north with the oldest district of Lima, Cercado de Lima. Therefore, La Victoria is located right in the heart of the Peruvian capital. Many places of interest and museums are not far away, so it’s worth choosing one of the hotels in La Victoria. There are not many, since La Victoria itself is not the most popular destination and the district is more a business district. The prices are moderate to high. 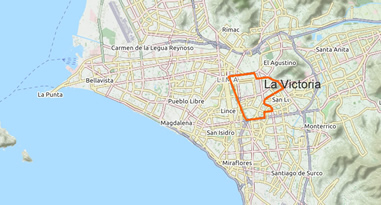 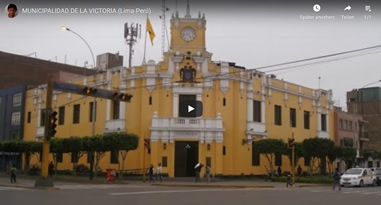