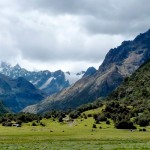 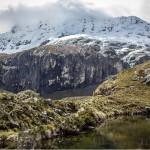 Anyone who loves to travel to Peru as a nature lover or passionate mountaineer can not miss the Huascarán National Park: it is the second highest of its kind in the South American Andes, right in the heart of the highest tropical mountain range in the world. An amazing variety of wildlife awaits the (in a double sense) breathless visitor: pumas, condors, the Andean fox, mountain cats, deer, the native vizcachas and vicuñas live on its plateaus and glaciers.

The Huascarán National Park includes an incredible 41 rivers, 663 glaciers, 269 lakes and 27 snow-capped mountains – one of which is the eponymous mountain Nevado Huascarán. To climb this with 6768 m highest mountain in Peru we will come later.

Pastures with a unique view

However, if you want to explore the Huascarán National Park partially or completely, you should bring a little time for acclimatization. The area of ​​the park covers 3400 km², completely beyond the 4000 meter altitude boundary along the Cordillera Blanca, the highest mountain chain of the American continent with a length of 180 km. In 1975, the area was staked out and completely declared a national park; since 1985, Huascarán is also a UNESCO World Heritage Site.

Since its founding and protection of the wilderness, the entire park is uninhabited, with the exception of a small zone in the plain. There live about 70 families with about 350 people, while 250,000 residents live directly behind the park boundary in about Callejon de Huaylas. This valley includes several small towns and is used for agriculture and nurseries as well as animal husbandry. Also in the plain, with the consent of the inhabitants, some guided herds of llamas and alpacas are allowed to graze. 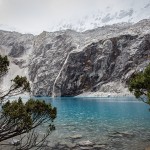 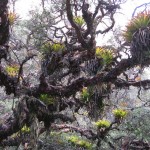 Those exploring the Huascarán National Park alone or with a knowledgeable guide will be impressed by the geomorphological diversity of surface deformations that have developed over the centuries. The rushing torrents formed by the many glaciers traverse deep ravines; Around the 120 glacial lakes of various sizes glitter in the sun.

Near the plains, natural thermal springs are used for therapeutic purposes; a pleasure for which you should definitely plan your time. Although the last actual earthquake was measured in 1970, there are always seismic movements. Within the park, there is an enormous range of flora and fauna for the altitude. Typographically characteristic are the moist mountain forests of the valleys with an alpine tundra and very moist subalpine formations at higher altitudes.

Among the rich vegetation in this part of the Peruvian Andes are particularly famous the relict forests, mountain orchids and of course the Bromeliaceae (Bromeliaceae). The most spectacular among them, the “Puya raimondii”, is one of the rarest plants in the world and is one of the floral symbols of Peru.The endangered Puya raimondii is up to 100 years old and up to 10 meters high 50-100 years old, phallic-like inflorescence is the world’s most imposing with up to 8 meters in height – but otherwise their tapered leaves are worth seeing.Attention: their sharp barbs can quickly settle in clothing and skin! Incidentally, only the Andean Hummingbird for the Pollination of this bromeliads If he dies, this would be the end of the Puya raimondii 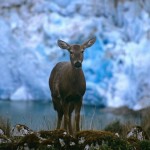 Southern ore in front of glacier

Anyone who behaves inconspicuously and quietly on the paths will encounter distinctively marked spectacled bears (incidentally South America’s only bear species, belonging to the so-called short-nosed bear), mountain cats such as pumas and jaguars, white-tailed deer, colocolos and the lama-like vicuna. once they were frequent inhabitants of this area, but then were significantly decimated by the hunt. Due to the protection of their wilderness, which has been restored since 1975, the stocks are slowly recovering. Also the elegant and extremely rare south indian deer, also called Patagonian Huemul, is in the Huascarán National Park

Bird lovers will also get their money’s worth in the Huascarán National Park. Hundreds, some endangered bird species are native here, including the Cordillera hawk, the Andean condor, the giant water fowl and the giant hummingbird and a variety of duck species. 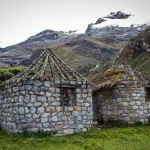 For centuries, the Cordillera region was the center of many ethnic groups. A living testimony to this is given by the ruins in Gekosh, Chuchumpunta, Willcahuain-Huyllap-Pumacayan and Hechkap-Jonkapampa – the world’s largest collection of appropriate settlement sites. Especially in today’s northern part of the Huascarán National Park there seems to have been flourishing tribal cultures. Even today, the remnants of the dwellings can be admired at Cueva del Guitanero in Yungay. Researchers date them to about 2000 years before the creation of the Chavin culture.

Its remains can be admired in Chavin itself, in the form of ruins of the ancient city of Chavín de Huántar, also a World Heritage Site. The buildings of the approximately 13-acre urban plant, which is about 850 v. Chr. Was created in the 3rd century BC, are among the oldest stone structures in the Andes. 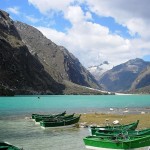 If you only have one day for the Huascarán National Park and are already well acclimatised, we recommend a (guided) trekking tour to the breathtakingly turquoise Lagunas Llanganuco at 3680 meters altitude – and depending on the time further to the Laguna 69.

The two crystal-clear lakes are embedded in a glacier valley between the Huandoy (6395 m) and the Huascarán. The locals call them Laguna Chinancocha and Laguna Orconcocha, so male and female lake. For those who can not get enough of this natural spectacle, there is a small camp site on the shore. Especially in the early morning show here the shy, small Viscachas remotely reminiscent of squirrels.

The Laguna 69 can be reached on foot from here in about two and a half to three hours at 4600 meters altitude; Refuges hedge the way for short breaks. Be sure to bring warm clothes for the trip! For the strenuous climb you will be rewarded with a spectacular view of the adjacent, bluish shimmering glacier ice. On the way back you can enjoy a magnificent view of the Nevado Huascarán. 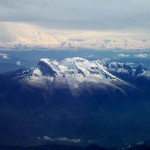 Located in the Huascarán National Park, the Nevado Huascarán (6768 meters) is Peru’s highest mountain and the fifth highest mountain in South America. Its glaciated peaks clearly dominate its surroundings – the neighboring mountains of this in itself unique bizarre tropical mountains are visually distinct in comparison.

Among mountaineers, the Nevado Huascarán is also popular as an “exercise mountain” before it tackles the even higher challenges of Asian mountains. Its mighty, ice-clad double peaks tower over the valley of the Rio Santa by almost 4500 m and offer similar conditions as the Himalaya, with which it also has the area-wide extent in common. 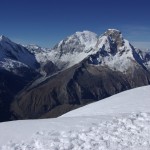 Among mountaineers, the Nevado Huascarán is also called His two characteristic summits called Huascarán Sur (6768 m) and Huascarán Norte (6655 m), respectively, first climbed in 1932 and 1908 (by the US-American Annie Smith Peck). As majestic as the Huascarán is, it can be so dangerous. In 1962, a boulder avalanche, broken off from its northern summit, buried up to 4,000 people and several villages in the valley below. The infamous earthquake in 1970 also saw a monumental landslide that wiped out the city of Yungay and its inhabitants.

However, experienced mountaineers should not shy away from climbing the Huascarán and its steep gradients with changing ice conditions. It is not for nothing that it is one of the most popular mountain destinations in the entire Andes. Since 1932, the Huascarán has been developed with diverse, sometimes easier, but sometimes extremely difficult routes – including the extremely risky ascent of the challenging 1200 m high east face of the main summit. Experienced mountaineers sometimes combine the Huascarán with Alpamayo (5947 m), which is also located in the Cordillera Blanca. 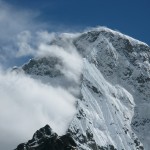 The Huascarán National Park was developed by the Peruvian government with remarkably easy to walk paths. But for experienced trekkers and even more for inexperienced hikers: Pay attention to the acclimatization! All paths are at 4,000 to 6,000 meters altitude. Be sure to stay on the paths designated for the ascent – there may be protected vegetation shortly thereafter.

That said, the Huascarán National Park is also suitable for travelers without previous climbing experience. The alpine terrain and the romantic valleys are intersected by many paths that can be mastered without effort. However, you should first orient yourself a little, if rather a simple day hike in question or it should be a multi-day trekking tour. Especially for the latter, physical condition should really be very good. 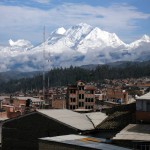 Huaraz in the shadow of the mountains

Within the Huascarán National Park, visitor centers provide information about the network of trails, vegetation and wildlife, particularly breathtaking views and recommended tours of varying degrees of difficulty. The paths are well signposted; you will not get lost. Within the National Park, there are a number of campsites at regular intervals to stay overnight.

The best time to visit Huascarán National Park is between May and October. Then the humid winds from the Amazon basin no longer drive constant rain ahead. Daytime temperatures can reach 25 ° C during the day. But even after such sunny days, it gets very cold on many nights: temperature drops to freezing are almost normal. In the higher altitudes it can be even frostier.

The best starting point for your expedition to the Huascarán National Park is the town of Huaraz, 420 km north of Lima at an altitude of 3050 meters – also an excellent starting point for winter sports of all kinds. Huaraz is perfectly prepared for the approximately 200,000 tourists who visit each year come from home and abroad. Hotels of all price categories, restaurants and pubs make a short stay pleasant for acclimatization and careful planning of the tour. From Huaraz you can also book guided tours through specialized tour operators. Traditionally, the Andean town is a meeting place for mountaineers and passionate hikers from all over the world.

Entry to the Huascarán National Park is subject to a charge.