Hiram Bingham: CV of an explorer 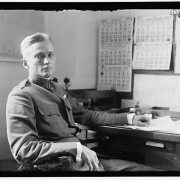 Hiram Bingham was born in 1875 in the Hawaiian capital of Honululu as the son of missionaries. At first, it carried the heart of a discoverer in itself; however, his parents wanted the religious family tradition to continue. In his childhood, he rebelled against that: he escaped at 12 at home to embark as a stowaway, only to be trapped in the port, wanted to play football and explore the world. But even the books were his world, the ones that kidnapped him in the world of adventurers and explorers. With his father, he went to the mountains and learned to climb very well, an ability that would be very useful in his ascent to Machu Picchu.

After graduation, Bingham submits to parental request and studies theology at Yale’s elite US university. 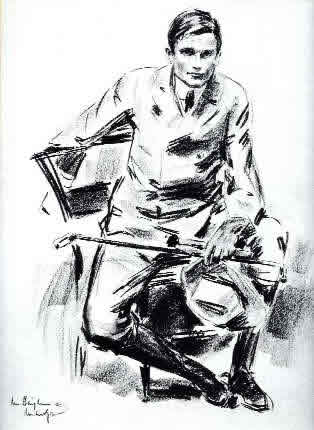 Hiram Bingham III, circa 1900, drawn by Raymond Crosby, a fellow student in Yale

In 1898 he married, to the dismay of his parents, Alfreda Mitchell, heiress of the wealthy “Tiffany” dynasty. They move to a property on Prospect Street in Hartford and have seven children during the marriage. Alfreda not only will pay his tariffs in the next years, but also a great part of his expeditions.

But life as an academic, husband and father is not enough for the man from Hawaii. Despite the lack of academic credentials in this area, Bingham wants to make a career as a historian. Then, at Harvard, he is still doing a PhD in Latin American history, a surprisingly extravagant specialty at that time. For this reason, there is no work for him after graduation. There simply are not enough chairs available; from that point of view, this area of ​​historiography simply was not interesting enough to justify its own chair.

Bingham sees only one exit: he has to travel to Latin America and make a worthy publication, even 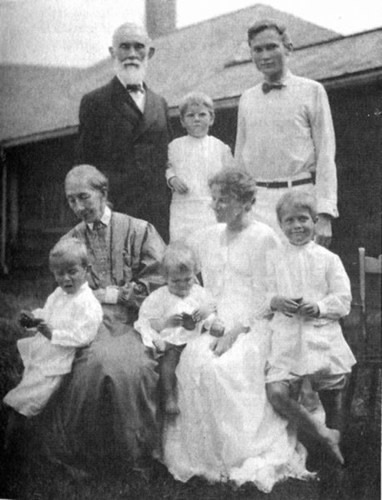 spectacular, a discovery that justifies the financing of his work. The witnesses also say that even then he wanted to have academic fame.

In 1906, he followed Simon Bolivar’s footsteps through Venezuela and Colombia.
When Bingham attends a congress in Chile for Yale University in 1909, he seizes his opportunity and supports a six-month research trip.

In 1910 he decides to go on his next big trip. He was included in the personal encyclopedia “Who’s Who” as a “discoverer”, and kept this record throughout his life, even when he taught the history of South America as one of the youngest designated professors at Yale (as well as Harvard and Princeton) later became a senator and then an entrepreneur on his own. 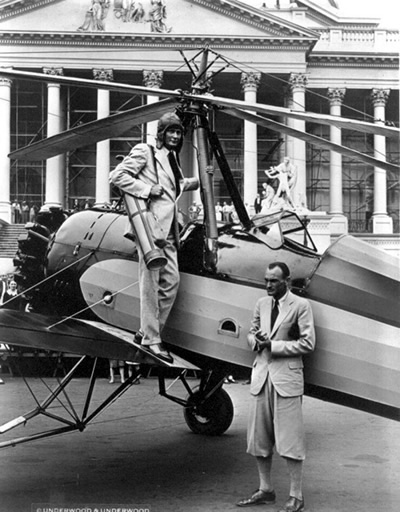 In 1911, it finally begins its long-awaited exploration, which was to lead to the discovery of Machu Picchu. He left the detailed research of the Inca site to others, despite his recurrent trips to the Andes. He saw himself as a discoverer, not an archaeologist.

But his career as an adventurer ended with his visit to the Andes in 1915. Bingham had developed a great passion for aviation. When EE. UU He entered the First World War in 1917, Bingham, despite his advanced age in combat, was introduced as a pilot in the US Air Force. UU He became a lieutenant colonel and commander of the training camps of the US Expeditionary Force. UU In France.

After the war, Bingham resorted to politics and presented it to the senator, but the Senate warned him clearly in 1929 because of an opaque business with a lobbyist. In 1932 he retired from politics and became an entrepreneur, with varying degrees of success. His wife Alfreda filed for divorce soon after. She no longer wanted to tolerate her extramarital affairs, so she was infamous at a young age. In 1937, Bingham remarried. In 1948 he wrote his autobiographical bestseller “Ciudad Perdida de los Incas”, almost forty years after his groundbreaking discovery of Machu Picchu. Bingham died in 1956 at the age of 80 years.

The true and greedy explorer of Machu Picchu

Bingham himself already knew on his first visit that he was not the first discoverer of Machu Picchu: the infallible evidence of agricultural use, the bags of potatoes found and the carving in a rock name “Lizarraga 1902” had clearly demonstrated it.

Later, his own investigation revealed that the farmers had discovered the ruins of Machu Picchu when they cleared the forest and then burned the trees. When the flames went out of control in 1901 and they also discovered the path originally created by the Incas to Machu Picchu, the farmer “Lizarraga” managed to discover the ruins.

But Bingham considered himself the one who had scientifically recorded the site and made it accessible to the world. In 1912, he wrote a letter to his former master in Honululu, comparing it with Columbus: although this was not the first man to discover North America, he made the continent known. To date, the term “scientific” explorer (“Scientific Discoverer”) of Machu Picchu is also officially used for Bingham.

However, later historians discovered that there were others who had approached Machu Picchu in amazing ways and had recently had catastrophic consequences.

Already in the year 1657 the land was leased around the ruins of Augustinerorden. However, from what we know today, they did not realize the magnificent city.

A mysterious letter of December 1874 contains even more prepared information. The German engineer Herman Göhring had to find a way from the interior to the Pacific for the Peruvian government. The map created by Göhring on this occasion shows a clear entrance to Machu Picchu, but does not mention the ruins and also many geographical disagreements. 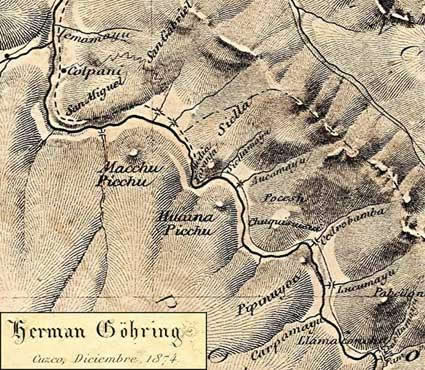 The Austrian-French scientist Charles Wiener, who traveled to Peru in 1875, already knew the ruins, which he called “Malchopicchu” and mentioned in his 1880 trip report “Perou et Bolivie”, but he also added that it had been impossible to climb them . they yourself Bingham also knew Wiener’s travel stories.

In fact, Machu Picchu seems not only to have been discovered but also looted before Göhring and the Viennese, specifically in 1867, in a frankly outrageous manner.

In 2008, a group of scientists from the French Institute of Studies of the Andes (Ifea) in Lima discovered a series of maps, letters and other documents that refer to a German immigrant: Augusto Berns. Berns was a timber merchant and prospector and, as such, had acquired logging and mining rights in the Machu Picchu region. A “machine with large iron wheels” found by Bingham in Machu Picchu probably did not belong to the peasants who worked there, but probably Berns had left it behind.

You will never be sure, but it is surprising that Bingham and his team practically did not find Inca gold in Machu Picchu. In a letter from Berns, this describes the finding of “underground buildings and structures that are closed with stones and that undoubtedly contain objects of great value, which could be parts of the Inca treasure.” He continues writing that he has “the support of the government to collect and sell these treasures.” To what extent this really happened, we may never know.

The treasure hunt of Machu Picchu does not stop

As before, Machu Picchu attracts not only tourists but also adventurers and archaeologists. In 2010, for example, David Cresby, a French engineer, discovered a “hidden door” at the foot of one of the largest buildings.

2012 was examined with non-invasive technology; it was confirmed that a cave and possibly other archaeologically important objects could be hidden behind it. The research team even speculated that the hidden space could be Pachacutec’s tomb. The Peruvian government has not yet accepted an opening; Machu Picchu maintains, as surely in many other places, more hidden secrets.