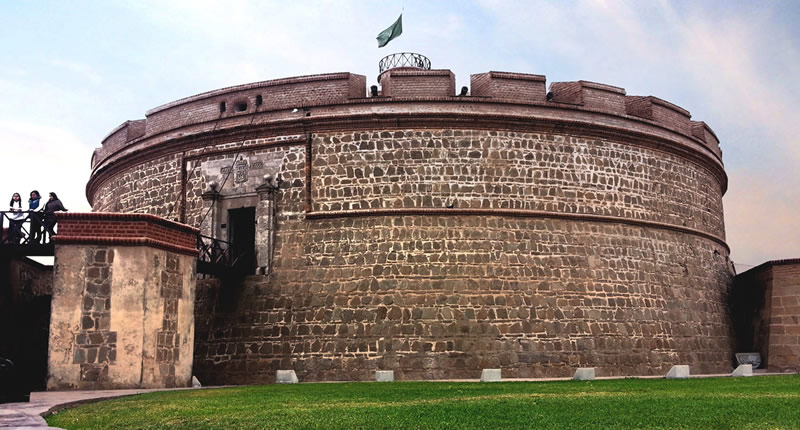 Lima was founded in 1535 by the Spanish conqueror Francisco Pizarro. The city was in its original form, the present old town, a few kilometers from the coast in the fertile Limac Valley. The port city of Callao founded Pizarro two years later. From there, the treasures stolen by the Incas, as well as mined gold and silver were transported away and brought to Panama. There they were transported ashore to the Atlantic and shipped to Europe. Also goods from Argentina and Bolivia were brought over the Andes to Callao. Because Callao was the main port on the South American Pacific coast. But it has always been that the wealth attracted enemies, in this case, the pirates. These did not shy away from long distances: even the Englishman Francis Drake set out for Callao to take the treasures of the Spaniards. That’s why a wall was built around the city in the 16th century. About 200 years later, a tsunami destroyed the wall and city. Since the place was so important, the city was rebuilt and decided to build a more stable structure against the enemy.

Construction of the fortress

The Fortress of Real Felipe was the biggest fort built by the Spaniards in the American continent. It was named after the recently deceased King Filipe V. of Spain. Later, the fortress played an important role in the struggle for the independence of Peru against Spain. The trapped Spaniards died of hunger slowly. Even after independence, the fortress was used as a defense against unwilling Spaniards again and again, sometimes serving as a political prison. Then it became a customs office, and then it served as a defense in the war with Chile. The fortress is located next to the port on its south side. Its particular location on the promontory, which stretches from the sea to Lima, made it possible to see the ships arriving from both the south and the north. The fortress has the shape of a pentagon. In each corner there is a bastion. The bastions were given a name: The King, The Queen, San Felipe, San Carlos and San José. The two beaches, El Rey and La Reina (in German king and queen) are the strongest and each has a tower. The Bastion of the King’s Tower should also serve as the last refuge in case of conquest of the fortress and, therefore, was protected by a moat and a drawbridge. The stones used for the construction came from the island of San Lorenzo, opposite the promontory.

The fort is now a museum dedicated to preserving and preserving the testimonies of the War of Independence of Peru. It is led by the Peruvian army, a small garrison is still stationed there. The fortress is, therefore, de facto still military land and, therefore, can only be visited in the context of a guided tour. This takes place in Spanish. However, this should not be an obstacle to visiting this historic site. The former Casa del Gobernador houses the Military Museum. There are historical guns, weapons and uniforms shown, as well as bronze busts of the heroes of the Peruvian War of Independence. Among the portraits there is one that shows the famous Inca leader Tupac Amaru. 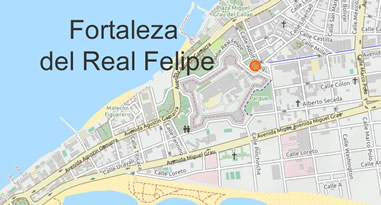 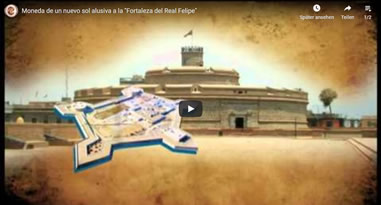