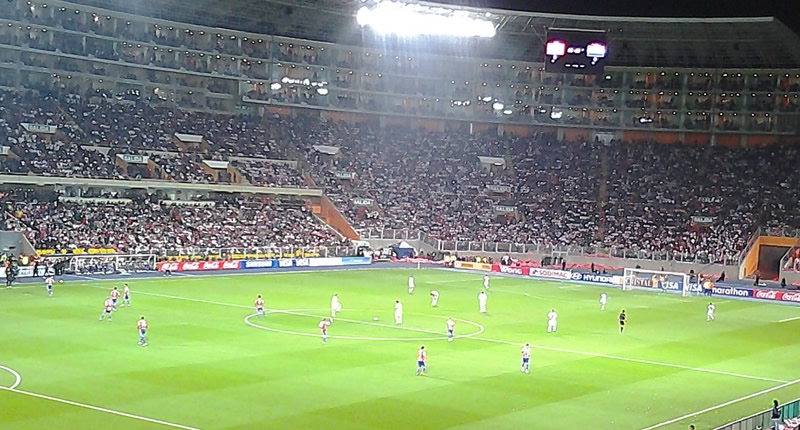 Soccer is the national sport in Peru. It was introduced in the late nineteenth century by English businessmen who landed in Callao, the port city near Lima. The Peruvians were immediately enthusiastic about football.

It is not surprising then that the stadium, officially called the National Stadium of Peru, has a special status among locals. It is located in the district of Santa Beatriz, south of the historic center of the city.

In 1897, a first stadium with wooden stands was built. The grass was imported from England. However, soccer won such popularity of sports that the stands were not enough for many fans. As a result, a larger building was planned in the 1950s. This also corresponded to the general state of mind in the country, in Lima at that time many representative buildings were built, the sports stadium had to be built in any case. It was officially opened in 1952.

The last conversion of the National Stadium took place in 2011 and led to the current building with its grandstands covered with around 43,000 seats. Due to its size, it also houses other sports disciplines such as athletics, boxing and swimming.

Everyone knows that football is not always peaceful. Emotions heat up, disaster is great. That is why the national stadium in Lima should look back on a sad event, when a dispute broke out on May 24, 1964 when a referee did not recognize a goal by the Peruvian team against Argentina and the team lost the game.

The audience mutinied saying that the game ended tragically. For this incident, it was decided to reduce the number of spectators and make the stadium safer. But, of course, there were also very pleasant moments: among others, the South American Championship of the Copa América was held several times at the National Stadium in Lima (more recently in 2004), events that justify the pride of the Peruvians in the stadium and His sport.

The Estadio Nacional in Lima today

The considerable building is affectionately called “El Coloso de José Díaz”. This name refers to the street that framed the stadium on two sides. As is the case of many stadiums, the National Stadium is especially worth seeing after sunset, when it shines with colorful lighting.

And if there are no sporting events, the stadium serves as a concert hall. In addition, the terrain around the stadium is attractively designed. Among other things, there is the Olympic Museum, where numerous posters, photographs, documents and medals announce the success of Peruvian sports. Fans of traveling sports should definitely visit the National Stadium. 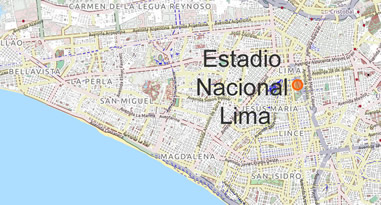 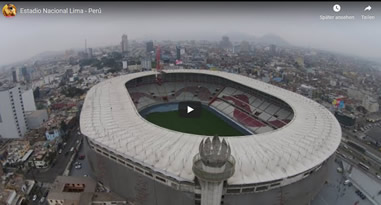 Places of interest in Lima