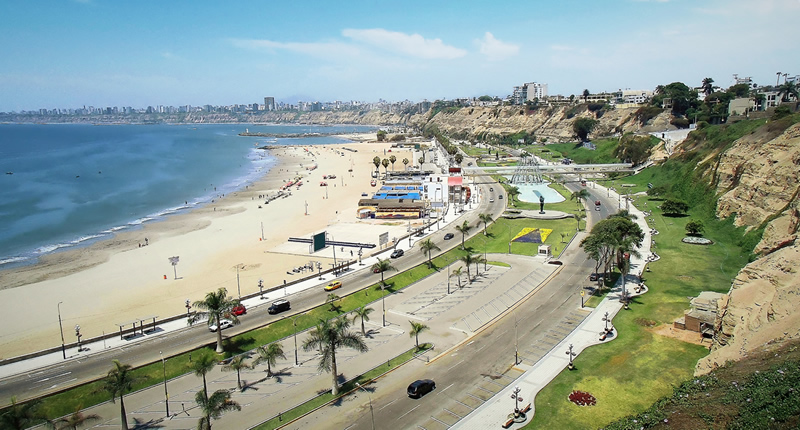 Chorrillos – When the sun sinks into the sea

Limas districts in the south: Chorrillos

Chorrillos: large, the white letters on the slope covered with green point to the visitor where he is. The district south of Lima is not a romantic place in itself, but the sea is there. And in how much the sea rises and falls, it can be read in Chorrillos.

During the War of Independence Chorrillos was the port of the Peruvians, the Spaniards occupied the official port occupied by Callao. After independence in 1821, Chorillos became a resource. Today, Chorrillos is still the part of Lima that visits the local population to escape the great agitated city.

The beach, the promenade with colorful houses high above the cliff, while down on the water rock boats, a small harbor, all this gives Chorrillos his style. The visit is also worthwhile at night, when the sun shines in the Pacific, because Chorrillos has a point of reference: the Pope’s Cross, a cross-shaped steel structure, which rises on the coast, and in the night, brightly lit, wide is visible.

The name that was given to the district at the end of the 19th century was San Pedro de Chorrillos. This is not a coincidence, of course, because for centuries the place was a fishing village, San Pedro has always been the patron saint of fishermen. The fishermen have stayed in Chorrillos until today, but the boss has disappeared from the name.

Sights and activities in Chorrillios

Chorrillos is a district frequented by visitors. But it has not yet reached the Miraflores luxury class status, but retains its own slightly neglected charm. Street art on the walls of individual houses contributes to this impression. You should walk once through the streets and the sea to experience the character of this neighborhood. For nature lovers, there is a trip to Pantanos de Villa, a small natural area with lakes and marshes, which, separated from a sandbar next to the sea, is a small ecosystem in itself and hosts a wide variety of species bird’s.
Viewpoint overlooking the sea

El Morro Solar has a height of 251 meters and can be easily reached by car / taxi. The climb is rewarded with a beautiful view of Lima and the coast, as seen in the photo below.
Fun with children in the theme parks

… there are few in Chorrillos, but they are even more interesting. Particularly noteworthy is the planetarium on the coast over the ports, which was created just a few years ago and thrills young and old with its modern instruments and its museum on the ground floor, which tells the history of the land.

One of the best collections of paintings in Peru can be found at the Pedro de Osma Museum in Chorrillos.

Chorrillos has many smaller beaches such as Playa Pescadores, La Herradura, Agua Dulce Beach, La Chira and Playa Villa. In particular, the Aqua Dulce beach attracts many bathing friends on beautiful weekends, as it is one of the few beaches with a sandy beach.

It is not a secret that you can eat well in many places of Lima. But not all the restaurants are as romantic as the restaurants on the port of Chorrillos, where it is worth to dine at night when the weather is good (fish, because you are on the beach or rather?). Then, a walk to the pier to the sound of the sea, and the night is perfect.

Good and favorable for German conditions, you can see El Carbonazo on Av. Prol. Defensores del Morro 626, eating out. Renowned for its charcoal-based dishes, the restaurant has consistently been of high quality for over 14 years.

Despite its location, Chorrillos is one of the most unknown districts of Lima. However, some hotels are available. The most popular ones are directly on the sea, so you can experience the sunset on your own balcony. The beach or other destinations in Chorrillos are not far away. 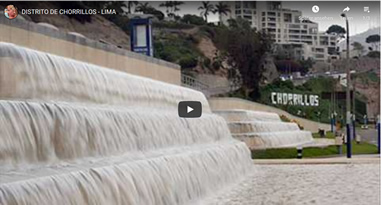