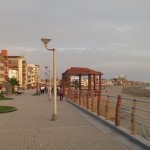 Chiclayo is the city with many nicknames: it is also called Ciudad de la Amistad, heroic city or pearl of the north. With almost one million inhabitants, it is one of the largest metropolitan areas in northern Peru and even has its own airport. Some visitors even say that Chiclayo is the “best Lima”, because it is not so crowded or is so big that you have to spend all day on public transport, but encouraged and encouraged enough to do many things at night.

The heart of Chiclayo is located about 20 kilometers from the South Pacific, and there are numerous archaeological treasures in the area, including the oldest murals dating back 4000 years, which have been discovered in the two continents of America to this day.

Inhabited since the 1st century

The region around Chiclayos and the north coast of Peru has been inhabited since the first century. Members of the Mochica culture not only settled here, but also devised a sophisticated system of channels and connections to the farm. The Moche are mainly known for their unique pottery and tools and jewelry made of copper. The reason for the fall of culture is not clear to this day, but it is believed that natural disasters caused by El Niño could be the cause.

After the Mochica, the Lamayeque civilization developed, which, although it assumed many of Moche’s traditions and customs, never succeeded in building upon its successes. And they were also victims of El Niño.
Unofficially, the current Chiclayo was founded in the sixteenth century under the name of “Santa Maria de los Valles de Chiclayo”, but only 300 years later, in 1835 it was officially named a city.

The wide park in the middle of the city is a popular starting point for strolling through Chiclayos streets. Three jets of water in a pool form the flag of Peru, and around the park there are shops, restaurants, the imposing cathedral and some historic buildings such as the theater, which is well worth a visit.
The cathedral with its two large towers dates from 1869, and inside it houses magnificent paintings by Gustave Eiffel.
But all the “normal” tourist attractions vanish from the witch market. From charming healing potions, protective amulets, talismans to powders and mysterious ointments, here you have the guarantee of being “enchanted”, if not of the memories mostly completely ineffective, then by the unique atmosphere. However, you have to be careful when buying: animals (not even live), which are on the species protection lists, you definitely should not pack your suitcase at home, because that can cause problems and costs to customs!

The burial chamber of the “Señor de Sipán” 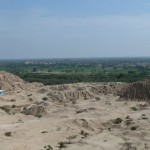 In the eighties, around 35 km east of Chiclayo, a sensational discovery was made: the burial chamber of the “Señor de Sipán”. We still do not know exactly who he was (very likely a noble), but his grave clothes were adorned with gold, silver, and jewels, and the burial chamber was full of priceless treasures. He is believed to have lived over 1,600 years ago, but when and how he was killed remains a mystery to this day.

The treasures recovered from the burial chamber can now be admired at the Brüning Museum in Lambayeque, 11 km from Chiclayo.

The valley of the pyramids

Sipán is not the only important archaeological site in the area. Túcume, the Valley of the Pyramids, is also not far from the city and magically attracts especially amateur photographers. A total of 26 pyramids extend throughout the area and are maintained and maintained by a very active community.

A trip to the coast

If you are so close to the water, you should take the opportunity and swing on the surfboard. The small town of Pimentel is a modern beach resort, where you can try all kinds of water activities. And with a little luck you will meet a Peruvian fisherman who brings his daily catch in his traditional “Caballitos de totora”, the typical rafts of cane.

Sunset on the beach of Pimentel in Chiclayo

In Chiclayo you can do all kinds of things:

The climate is constantly warm all year round. In the winter months, the temperature drops to an unpleasant 15 degrees in the early afternoon. Warm clothes are recommended for the nights.

Chiclayo is located about 780 km north of the Peruvian capital, Lima. There are daily flights to Lima (approximately 1 hour), but also to nearby Trujillo (15 minutes) and charter flights to Cajamarca.
If you want to take the bus that crosses the Panamericana to Chiclayo, the trip lasts just under 11 hours, but it is very cheap. Another advantage: not only do you see something from Peru, but you also know the people who call it your home.

The round trip price of a bus ticket starts at 75 Soles (approximately 20 euros) and can be booked here.

Chiclayo offers everything from basic hostels to luxury resorts. Comfortable and cheap accommodation is the Hotel Embajador on Calle 7 de Enero 1368. For 25 – 35, – Euro per night and person who gets W-LAN, breakfast, transfer to the airport, jacuzzi and much more. 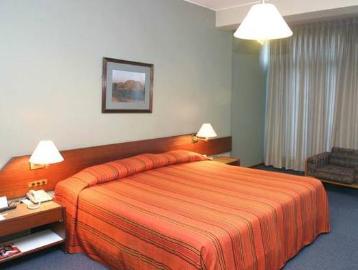 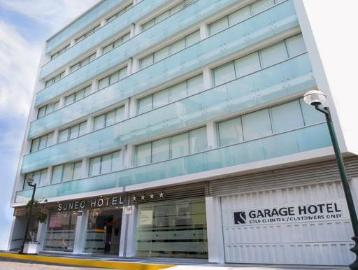