Caral: The oldest city of the American continent 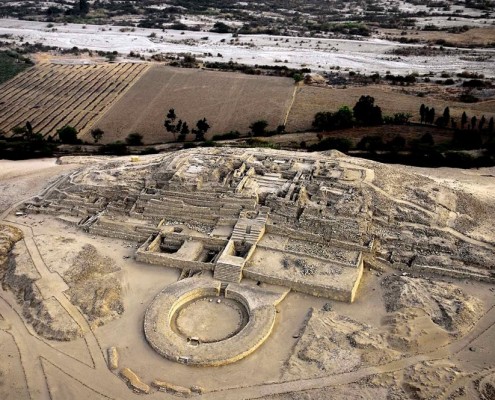 The archaeological discovery of the ancient city of Caral is at least as adventurous as its origins – at a time when the Andes as a whole developed culturally dramatically.

182 kilometers north of Lima and 25 km inland of the Pacific in the valley of the Rio Supe, Caral is rightly called the oldest city in the Americas. Today its origin is dated to 2,600 BC. Considering her age and the surrounding environmental influences, the remaining ruins of Caral are remarkable. Six large and some smaller pyramids, the largest of which measures 150 x 160 meters; two huge, sunken ceremonial places; mystic amphitheater; various temples; Residential districts; a sophisticated irrigation system that also provided water to the area surrounding the area from the nearby River Supe.

Caral is not only a fascinating, mysterious place in itself. His archaeological finds have also contributed to a deeper historical understanding of the entire epoch. Among other things, the discovery of 32 flutes carved from condor and pelican bones suggested a much more advanced developmental status of ancient American civilization than previously thought. 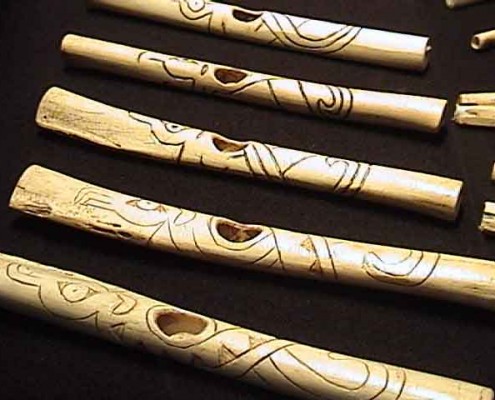 For Caral as a city characterized by numerous technological inventions, including the development of statically and artistically sophisticated architecture, clothes woven on looms rather than knotted and knotted, and the reuse of the rivers by means and processes that made more than one annual harvest possible.

It is thanks to this cultural diversity that Caral was declared a UNESCO World Heritage Site in 2009.In order to preserve the site, which is strongly marked by constant wind erosion, the Peruvian government has provided funds for further mapping, research, conservation and careful touristic development of the site.

Caral: A sensation for archaeologists

The incredible age of Caral could be dated precisely in recent times. The finding of some bags of reeds and the radiocarbon method, a method for the radiometric dating of carbonaceous materials, mostly organic, allows an estimate of 4,600 to 5,000 years since its establishment. The exact date of the relics was established in 2627 BC. Therefore, Caral is about 1,000 years older than the Olmeken culture, which was still settled before the Mayans. Until now, this was around 1600 v. Chr. Civilization was the first organized civil society in America, based on the testimony of the oldest monuments of La Venta in the Gulf of Mexico. 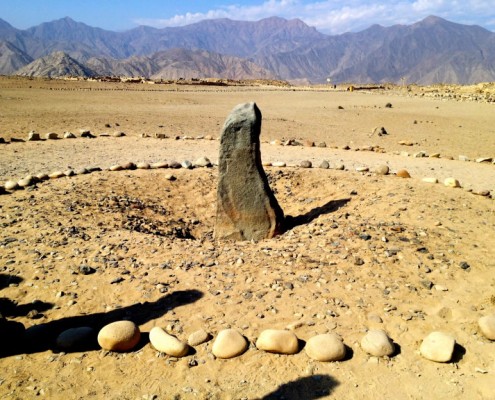 Its flowering phase seems Caral between 1800 and 1000 BC. To have experienced it, analogous to other centers of civilization in the Andes. In many ways, Caral can be counted among the first civilizations, such as Egypt or Mesopotamia, the cradles of modern civilization. How far this comparison goes should still be explored. Around 1200 BC, Caral was abandoned. Why, it’s still a mystery. What is clear is that its inhabitants have deliberately tried, at least in part, to obscure their architectural footprints.

Caral Amphitheater Caral currently covers an area of ​​60 hectares. Recent research suggests, however, that it was much more extensive. Caral may even have come through the Andes to the jungle that extends 400 kilometers north and south, and 300 kilometers east from the center. The truth is that Caral had a significant impact on the other 17 settlements that were also found in the Supe Valley, if it did not even include these and its total of 20,000 estimated administrative residents.

In the center of the previously visible complex are two circular structures on the sunken surface, similar amphitheaters, which are bounded by six flat pyramidal elevations. The smallest of these pyramids is 60 m long, 45 m wide and 10 m high; the largest pyramid 160 m long, 150 m wide and 18 m high. At the entrance, it is guarded by two monoliths of 3.5 m height, whose origin is (still) a great secret, because the sculptures that weigh several tons are made of granite, a type of rock that does not exist in a radius of 150 m kilometers

Thanks to these visible structures of the work of the Peruvian archaeologist Dr. Ing. Ruth Shady Caral had been known for about a hundred years no one, however, had paid more attention to the place – not to mention the birthplace of the original American civilization, whose age is surpassed only by Mesopotamia in the world.

It was not until 1994 that Dr. Shady a research team at this point to excavations that led in 2007 to the discovery of the main pyramid. In addition, ritual sites such as altars and tombs and houses, as well as food deposits, have been found. Also found figurines suggest a religious custom that would be comparable to the god worship of other pre-Columbian cultures. 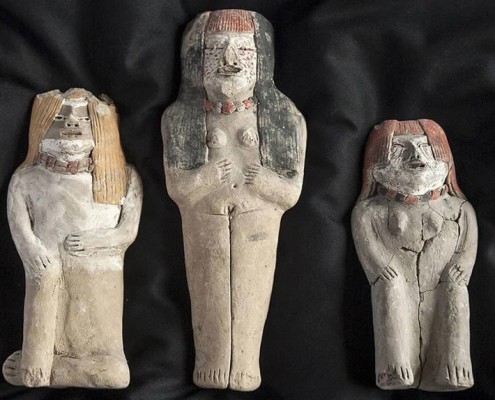 So far, the archaeologists have found tools made of stone (metal was not there yet), vessels, carrying nets, textiles, offerings, musical instruments, food and intoxicants, excrement and the remains of two children – but no evidence of weapons.

Also under the uncovered architecture were no protective buildings or fortifications such as battlements. That’s amazing, compared to other ancient sites in Peru, which often had elaborate defenses. One reason for this could have been the rather remote location in the distance to the coast. At first glance, this choice of location is difficult to explain – the area is inhospitable, a sandy, boulder-covered mountain range and high plateau of sand and rocky debris.

It becomes more understandable when one considers the floods caused by the climatic phenomenon of El Niño on the coast and the frequent subsequent periods of drought.
The inhabitants of Caral may have fled the uncontrolled water – and then became experts in harnessing the precious waters, slopes, and currents of existing rivers in the otherwise arid region through complex irrigation systems. America’s first irrigation system was invented in Caral – and in the course of this civilization it was supplemented by terraces on the banks of the River Supe.

These channels through the valley made the cultivation of cotton, beans and pumpkin possible. In addition, the population of Caral of sea creatures from the still not so far away Pacific lived, as found herringbone and mussels prove. All in all, not more than 3,000 residents had to be cared for in Caral – and probably more for his weddings.

Initiate the description of the story 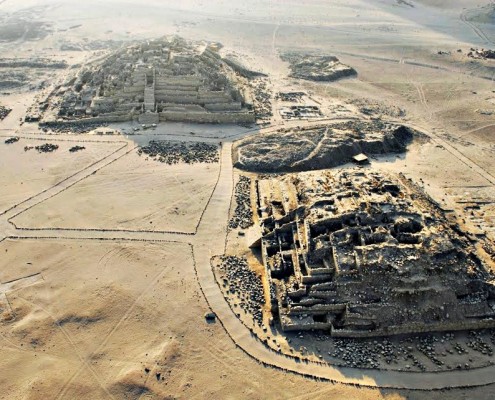 The population of Caral was organized according to a clear social stratification and politically central; This conclusion can be the different complex construction methods of the houses. Within this formal political and economic structure, there was a clearly separated Upper Town and Lower Town. Above lived the political and religious elite, who was responsible for the leadership and organization of society and resided on the pyramids. A middle class, responsible for agriculture, architecture and irrigation systems as well as supply issues, lived at their feet. Finally, the lower class, responsible for manual work and manual work, lived scattered throughout the area.

The surprising thing is that Caral is the first preceramic civilization ever tested. The ability to extract and burn clay was one of the defining characteristics of a structured and complex human society before the exploration of Caral, since the ceramic vessels allowed the storage of water and food and always indicated a culinary culture. Another of these signs of high culture was the cultivation of crops: it allowed long-term planning to supply a large group of people and a trading system by using it as currency. But the grain was not grown in Caral and its surroundings.

Obviously, its residents used other means to guarantee their sustainable supply and maintain effective barter. Massively grown pumpkins were dried and used as containers; the harvest of soil and legumes throughout the year replaced the grain stock.

The cotton grown in Caral probably played an important role as well. It could be used not only for clothes, but also as net material for fishermen who traveled from the sea and traded with nets for fresh fish. This, in turn, allowed it to dry and provided the population of Caral with protein, an essential nutrient in foods that would otherwise be vegetable.

Recent discoveries also show that the people of Caral had their own commercial network even more extended: it must have gone down to the Amazon. This is not only proven by images of monkeys carved in the rocks, but there were remains of coca and other hallucinogenic drugs, which were only available directly from the jungle. The inhabitants of Caral also had an obvious artistic and artisanal tradition, as shown by the jewels found and the textile remains.

This fact was a sensation for historians: the full definition of what “civilized” means and how the “developed” early cultures had to be reevaluated after the discovery and evaluation of Caral’s findings, this evaluation continues to this day. Historians must also reconsider within Old American Studies. So far, they have always assumed that there were no early sedentary crops due to the lack of water on the Andean coast.

Therefore, Caral is more than a cradle of primitive culture, whose research is still in its infancy. It is also a testament to the ingenuity and diversity of human culture, that even without seemingly essential elements, such as mechanized transportation and, to a large extent, conflict and war can create. 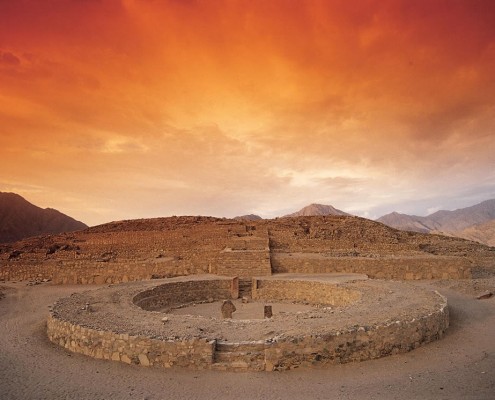 From Lima you drive to Caral about two to three hours, depending on the means of transport. It is worth a visit, because so far relatively few tourists make this detour.

Online as well as locally in Lima, various tour operators offer tours whose prices vary enormously. But you can also have a particularly authentic experience by simply using public transport if you do not want to book a car or your own driver.

Anyway, you have no choice on site: Without a guided tour and accompanied by a guide, the site must not be entered. Once you’re in the area, on the way back, you can also take along some of the other attractions – such as Barranca Playa and the Christ figure on the cliffs. If you want to stay overnight, you will find hotels in both Supe and Barranca. 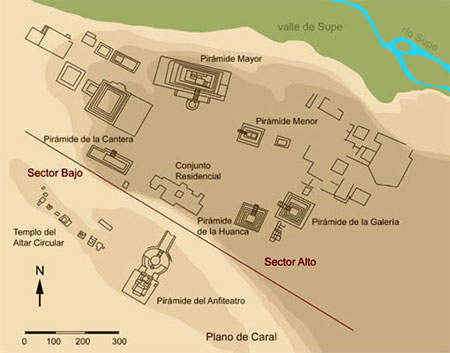 Do not forget: Caral is in the desert – sunscreen, sun hat and water are a must. If necessary, you can stock up on the Punt Caral one last time, especially with the latter.

If you would like to book your visit directly from Lima and are particularly interested in archaeologists, you should take advantage of the offer of the archaeological institute responsible for the excavations. It offers tours for about 95 Soles especially on weekends. The trip leaves early in the morning from the Ministerio de la Cultura; Around 8 pm it will be back in the evening. These tours are very popular and quickly sold out; It is best to reserve a seat two weeks in advance! 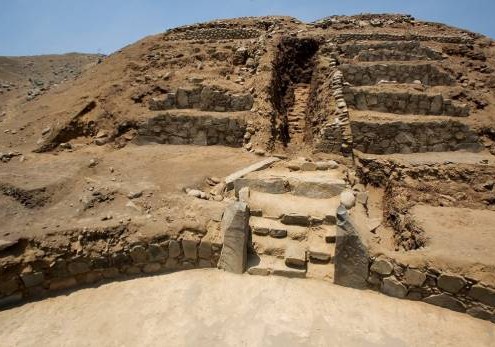 You should be at the bus terminal Norte an der Panamerica in the morning at eight o’clock. From there you drive for about 15 Soles towards Barranca and get off after about three and a half hours drive in Supe. There are always enough taxis and Combis waiting to take you to Caral for about seven soles. Attention: The track is very rough! Choose a stable-looking vehicle if possible. Probably the driver will let you off at the Punte Caral. From there the signposted path is about one kilometer. It runs a bit steep at the end, so take your time.

At the entrance you pay about 11 Soles entry. The tour guide costs another sol. They are assigned to a group, which is why sometimes a small waiting period arises. The tour lasts 1.5 hours and is almost always held in Spanish. There are clean water toilets on the premises and at the exit. For souvenirs there is a small shop and Souvenirbüdchen, for refreshment a cafeteria.

The weather is warm all year round to hot at temperatures of 21-22 degrees.