Arequipa – the “White City” in Peru

The city of Arequipa is located at an altitude of 2,300 meters in the Andes and is also known as the “White City” for its buildings made of light volcanic rock. Other sources say that the name comes from the fact that the white-skinned colonial masters of Spain forbid the locals to live in the center of the city, which thus remained “white.”

Arequipa is the largest city in southern Peru and is very popular because it has a pleasant climate, with about 300 sunny days a year it is also mostly dry, and it offers a wide range of attractions ranging from mountains to mountains. architectural gems of the city up Examples of traditional crafts in Peru are sufficient.

Arequipa is still located in the coastal region, just 75 kilometers in a straight line from the Pacific. The Andes rise rapidly from the coast. The area is known for its drought. Near Arequipa are three volcanoes, Misti, Chachani and Picchu Picchu, of which the Misti is still active, but has not exploded in 250 years.

Arequipa owes its Latin American environment not only to the lively urban landscape but also to its architecture: many of the buildings in the center of the city were built during the Spanish colonial era. The main square of Arequipa, the Plaza de Armas with its cathedral, is a must see. The cathedral rises above the square, which is the ideal place to walk, sit and chat thanks to its structural design and sophisticated planting.

The cathedral forms the outline of an entire side of the place. The bottom of the cathedral is the Misti, which is the symbol of the city and also the coat of arms represented: a sublime image. The cathedral is also evidence of European influence in Peru: it was built during the colonial era, its organ comes from Belgium, the pulpit of France. Italy marble was used in part for the construction. The bell in the tower comes from England.

Another place worth seeing is the monastery of Santa Catalina, which is characterized in its architectural style by different periods. This mixture of style was caused by the fact that over the centuries the monastery was repeatedly damaged by earthquakes. The renovation work was carried out in the style of each era. Most of the volcanic rock used for construction comes from the immediate surroundings of Arequipa. The monastery has a large complex and is almost a city of the city. Small alleys and numerous buildings attract visitors, only since 1970 is it open to the public.

Attractions around the city 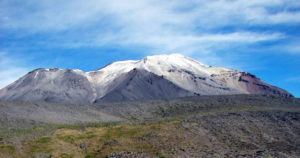 In 1995, an American archaeologist discovered the mummified body of an Inca girl on the top of the Ampato volcano, about 100 kilometers from Arequipa: Juanita, the ice girl. It can be seen today in the Museo Santuarios Andinos.

Visitors to the San Camilo market get a special impression of Peruvian daily life: crowds of exotic fruits, vegetables and varieties of potatoes are sold, ranging from yellow to red and from violet to black.

The neighborhood of Yanahuara is the Mirador de Arequipa, which offers a clear view. of the three volcanoes. For friends of literature, visit the birthplace of Mario Vargas Llosa, the author of “Death in the Andes.”

And if you are curious about where sweaters and hats come with the famous stylized alpacas, Arequipa is the place for you: Just outside the old town is Mundo Alpaca, a large textile shop and manufacturer of these garments. A free introduction to the production and the opportunity to pet the animals is part of the company’s offer.

Arequipa offers various destinations for activities.The worth seeing places of the city can be hiked with a little time in the luggage on foot, because they are all quite central.The walk through the city center leads through colonial backyards and art galleries to cafes and restaurants.

The city is also the starting point for a trip to Colca Canyon, which attracts many hikers.With a bit of luck, the big birds will be watching the wind at the Cruz del Condor in the morning.

A tour to the volcano Misti

The crater of Misti volcano is 18 km from the center of Arequipa and the difference in altitude between the city and the top of the volcano is about 3.5 km. Adventurers have the opportunity to undertake a 2-day guided climb to Misti Volcano. to offer

A visit to the hot springs of Yura

In the district of Yura there are 18 permanent thermal springs that reach a temperature of up to 30 degrees. On the tour, you will visit waters that contain iron and sulfur and are believed to be effective in the treatment of rheumatic, epidermal and digestive disorders. offer

Rafting on the Rio Chili

On a 7 km stretch of Rio Chili, you can take a rafting tour that starts about 20 minutes from the center of Arequipa and leads you through class II, III and IV rapids. A fun for adults and children, even without rafting experience. to offer

Since the two-day trekking takes place in a small group of up to 5 people, the tour is very flexible. It allows you to determine the speed during the hike, or you can take some great pictures wherever you want. to offer

A journey is always a culinary excursion. Many dishes are based on potatoes of different varieties. A typical dish in Arequipa are the rocotos, spicy stuffed peppers. These traditional foods can be found in the restaurants called Picanterias.

An architectural treasure is the small but beautiful La Compañia church with its ornate portal, which is also located in the Plaza del Armas. A detail unusual for Europeans shows the image of the Last Supper: instead of a sacrificial lamb there are guinea pigs, another culinary specialty of Peru.

The city lies at an altitude of 2328 meters above sea level, with the lower part at 2041 meters and the upper part at an altitude of 2810 meters. Here, the Rio Chili enters the city and crosses it from north to south. The valley of Arequipa is protected from the north by the Andes Cordillera and in the other directions by low mountain ranges.

Arequipa borders with Moquegua to the south Cusco to the east, im Südosten mit Puno to the southeast, Apurimac to the northeast, Ayacucho to the north and Ica to the northwest. Arequipa is thus an important starting point for tourists.

Arequipa has an international airport, located about 6km from the city center.

To eat and drink

The food of Arequipa is famous for its wide variety which it has thanks to a wide pantry resulting from the agriculture, the valleys as well as the long coast. It is characterized by its good taste, thanks to the use of spices and preparation methods, a tasty blend of the Andes and Europe.

One of the special features of the food is the myriad spicy combinations that led to the places where they are sold being called “picanterías”.

The variety of this mestizo cuisine can be summarized in the existence of its broths, with one for each day of the week:
• Monday: “Chaque”
• Tuesday: “Chairo”
• Wednesday: “Pebre”
• Thursday: “Timpusca”
• Friday: “Chupe de Camarones”
• Saturday: “Tiempo de Rabo”
• Sunday: “Caldo blanco de Lomos”

Arequipa is known in the country and in the world for the delicacy of its stews, prepared with firewood and in clay pots. Among the best known include u.a. Chupe de Camarones, Ocopa Arequipeña, Rocoto Relleno, Adobo de Chancho, Soltero de queso, Pastel de papas.

Best time to go to Arequipa

The climate in Arequipa is strongly influenced by the Andes. Due to the altitude it is not extremely hot in summer, but not extremely cold in winter, because the proximity to the coast gives the city a mild climate. The nights in August (winter) are cold and fall to -5 degrees. Perunan houses and hotels have no heating or stove.

Temperatures range between 20 ° C in winter and 25 ° C in the summer months of September to December. However, in the evening, as soon as the sun has disappeared, it quickly becomes quite cool.

From the typical for South America rainy season in the months of December to March Arequipa remains reasonably spared. It rains occasionally during this time, but much less than on the eastern side of the Andes. Rainfall on rainy days is less than 10 mm on average.

There are two ways to travel from Lima to Arequipa: by bus or by plane. The latter takes about two hours, so it goes fast, the former is more interesting. The almost 1000 km by bus can be quite pleasant with visits from other cities on the way, such as Ica and Nazca.The journey takes about 18 hours at a stretch. 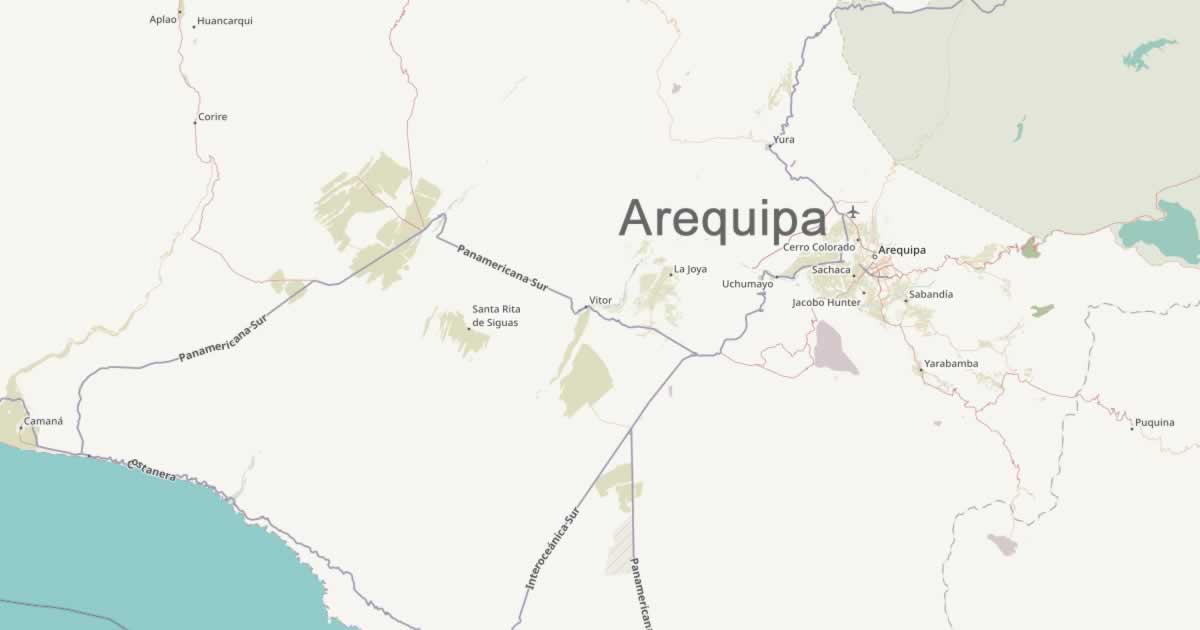